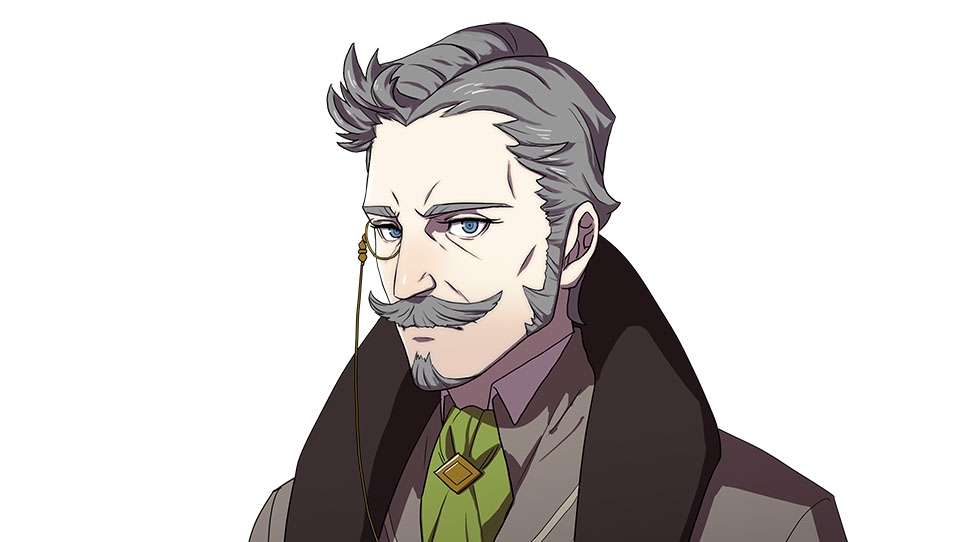 Today Nintendo and Intelligent Systems shared a couple of interesting reveals about their upcoming strategy JRPG Fire Emblem: Three Houses with a video, a screenshot, and new artwork.

First of all, we get the introduction of a new teacher at the academy, Hanneman.

He is a scholar who has been studying the power of the “crests” granted by the Goddess. He usually keeps his cool, but when it comes to crests, he forgets his surroundings and becomes completely immersed.

In particular, he can’t hide his interest in the mysterious crest held by the protagonist. It appears that he doesn’t get along well with his colleague Manuela.

He is voiced by Kenji Hamada, known for a ton of popular roles including Hazama in Fire Emblem Fates, Estinien in Final Fantasy XIV, Valerio Giacosa in Muv-Luv Alternative: Total Eclipse, DJ in the Street Fighter series, and many more.

Crests are something that very few people are granted. Their power is said to come from the goddess, originally granted to heroes and saints, and inherited by nobles who are their descendants. Yet, not even all the nobles have a crest, as it’s a very rare gift and a symbol of power.

You can check out all the new images  below. If you want to see and learn more of the game, you can enjoy lots of videos and images from yesterday, the screenshots and video showing Eldegard, more for Dimitri, assets for Claude, screenshot and video showing Jeralt, and even more starring Rea.