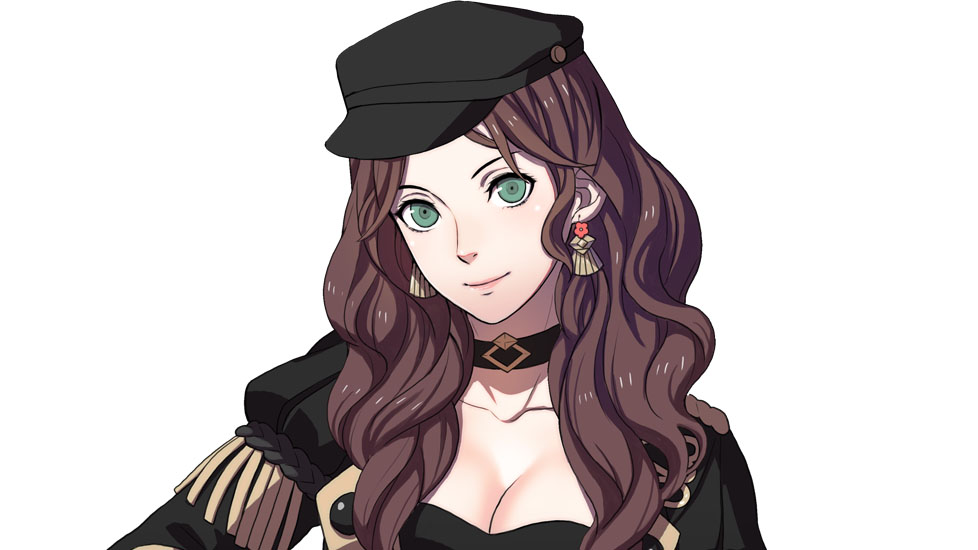 Today Nintendo and Intelligent Systems revealed another character of the rich cast that players will meet in Fire Emblem: Three Houses with a video, a screenshot, and new artwork.

This time around we see the introduction of another of the members of the House of the Black Eagles, Dorothea.

She used to be a popular diva singer in the Imperial Capital, hailing from the same Mittel Frank Opera Company Manuela used to belong to.

She is the only one born a commoner in the House of the Black Eagles, but she treats everyone as equals and friends.

In the video below you see how she meets the hero when she doesn’t yet know that he is a teacher.

Dorothea is voiced by Juri Nagatsuma, known for Priscilla Urzaiz in The Asterisk War and more.

You can check out all the new assets below. If you want to see and learn more of the game, you can enjoy lots of videos and images from yesterday, the screenshots and video showing Eldegard, more for Dimitri, assets for Claude, screenshot and video showing Jeralt, even more starring Rea,