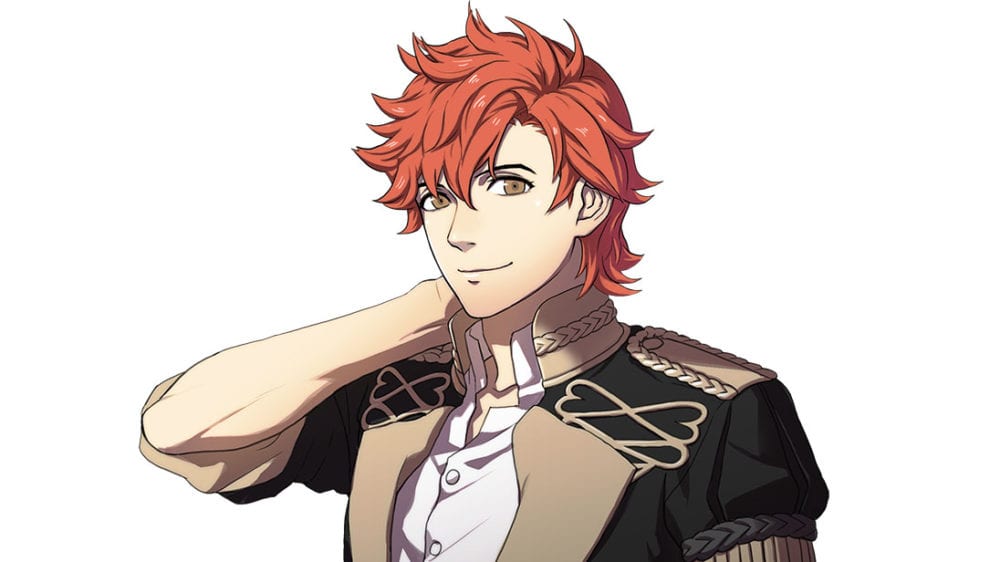 Today Nintendo and Intelligent Systems revealed another new character from the rich cast who will appear in their upcoming simulation JRPG Fire Emblem: Three Houses with a new video, a screenshot, and art.

But before we get into that, during today’s Treehouse live coverage from E3, Nintendo answered a question that has been in the minds of many. Some thought that due to the fact that the main hero is a teacher, romance was not included in the game. Luckily, this is not the case.

Pursuing a romantic relationship will indeed be possible, and that will happen after the five-year jump that will take place at some point in the story and that was featured in the latest trailer. Fire Emblem is still Fire Emblem.

Back to the new character, this time around the spotlight is on Sylvain from the House of the Blue Lions.

Sylvain is the Son of Duke Gautier. He takes good care of his friend and he is seen as an elder brother by many in his class. He also has no rival in his hobby of hitting on girls, causing endless trouble. He has an elder brother who was disinherited because he doesn’t have a crest.

You can then check out more assets focusing on Raphael, the first look at Bernadetta, on top of the introduction of Ash, the presentation of Lysithea, the reveal of Kaspar, the reveal of Annette, the video and screenshots for Ignace, those for Petra, and that of a pair of shady villains.