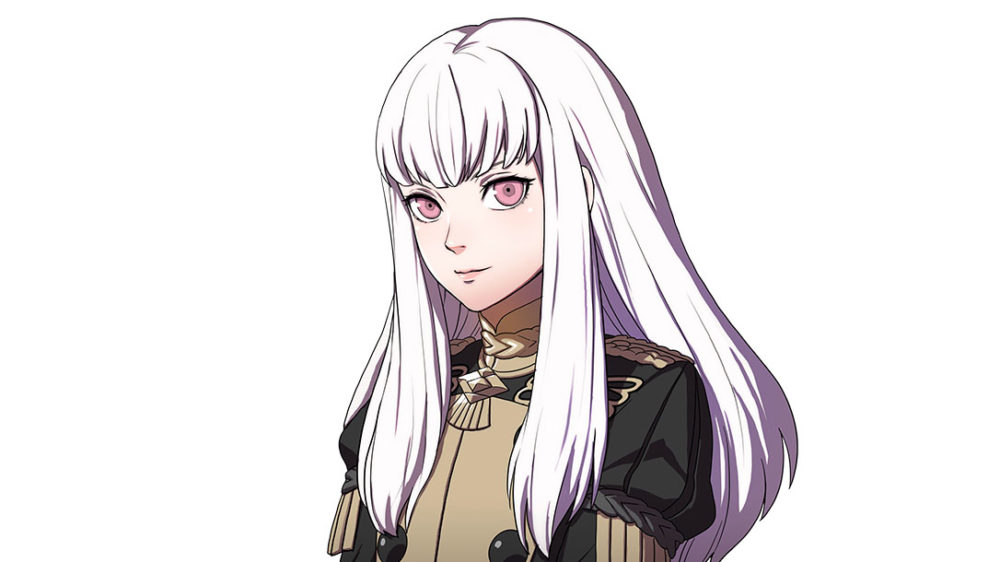 First of all, we get the introduction of Lisithea, from the House of the Golden Deer.

She is the eldest daughter of the Cordelia family, but she is the youngest among the students who enrolled in the current year, being 15 years old. She is good at magic, and she is basically a child prodigy and a genius. She does have a childish side: she hates being treated like a child and she is afraid of ghosts.

Her voice actress is Yuuki Aoi, who you most likely know for her work as Futaba Sakura in Persona 5, and Yuuki in the Sword Art Online series. She also voices newcomer Menat in Street Fighter V.

We also learn more about the gameplay. Life at the academy will progress in chunks that are one month long. At the end of each, there will be challenges involving actual battles, so it’s important to prepare.

Weekdays are dedicated to educating the students towards their class change exams. On holidays you can interact with the people at the academy, do more studying, or even fight battles. How to spend time in preparation of each exam is up to the player.

One of the roles of the player is to support each student’s growth while identifying their talents. The qualification exams require different skills depending on the target class, and the skills learned are directly linked to the score.

As teachers, we will decide the skills to assign as a target of self-study, but students may change their goals of their own volition.

It’s also possible to provide individual guidance to teach students specific skills, especially those at which they don’t excel on their own. Developing skills at which a student is weak isn’t wasted time, as unexpected talents may appear. Education is a matter of carrot and stick in order to motivate the students.

Lastly, it’s also possible to pair up students to encourage them to learn together.