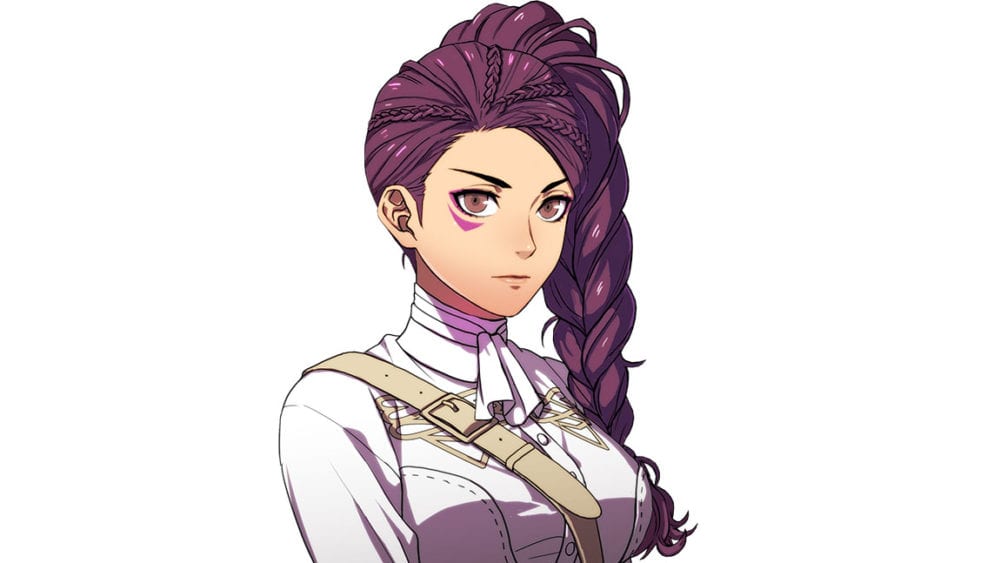 Today Nintendo and Intelligent Systems revealed another new girl from the rich cast of characters who will appear in their upcoming simulation JRPG Fire Emblem: Three Houses with a new video, a screenshot, and art.

This time around the spotlight is on Petra from the House of the Black Eagles.

Petra is the granddaughter of the king of the Brigitte Islands, which are located to the west of Fódlan. She is a hard-working girl sent to the Empire as a proof of loyalty from her subordinate nation. As a consequence, she’s studying abroad as a cadet. She’s not used to the spoken language of Fódlan yet.

She is voiced by Shizuka Ishigami, whom you may know as Almeida in Granblue Fantasy.

You can check out the new images below.

If you want to see and learn more of the Fire Emblem: Three Houses, you can enjoy lots of videos and images from yesterday, the screenshots and video showing Eldegard, more for Dimitri, assets for Claude, screenshot and video showing Jeralt, and even more starring Rea.