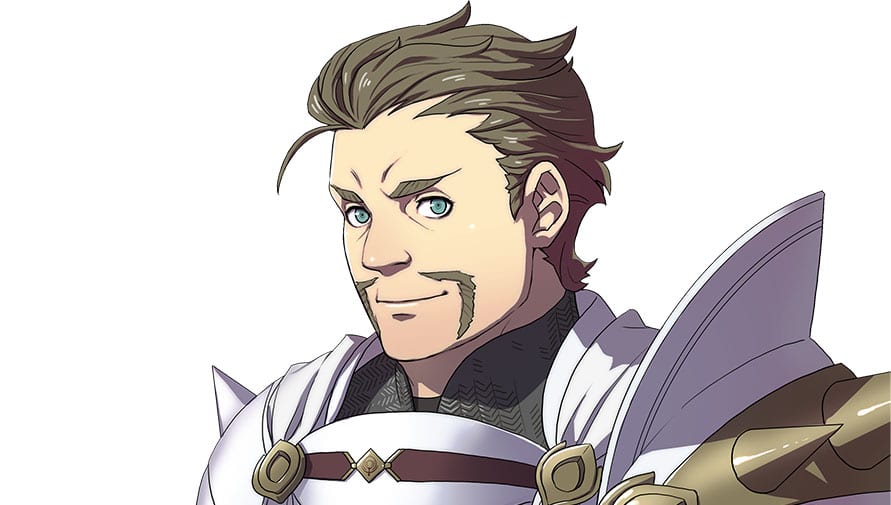 Today Nintendo and Intelligent Systems revealed another character belonging to the cast of their upcoming simulation JRPG Fire Emblem: Three Houses with a new video, a new screenshot, and art.

We get to meet Alois, another knight belonging to the order of Seiros. He was Jeralt’s subordinate when he was the captain of the order and he feels admiration for him. He’s actually the one who recommends the protagonist as a teacher after seeing him (or her) repel the attack of the bandits against the students of the academy.

He’s very friendly and approachable and loves jokes, but he’s not very good at them. His voice is provided by Manabu Sakamaki.

If you want to see and learn more of the Fire Emblem: Three Houses, you can enjoy tons of recent gameplay, the latest trailer and the latest images, the screenshots and video showing Eldegard, more for Dimitri, assets for Claude, screenshot and video showing Jeralt, more starring Rhea, and the recent reveal of Catherine.