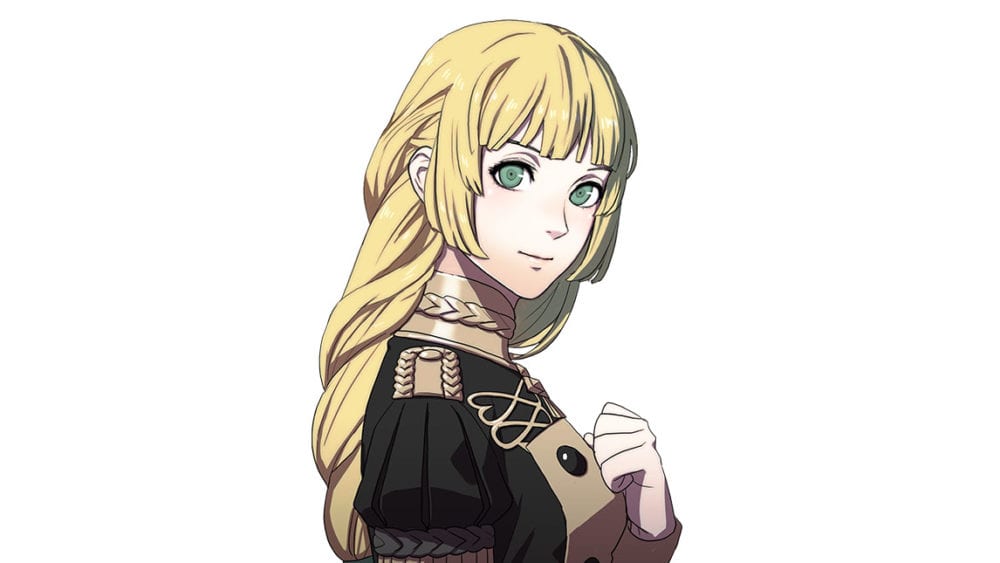 Enter Ingrid from the House of the Blue Lions.

She is a daughter of the Galatea family, and a childhood friend of Dimitri, Felix, and Sylvain. She tends to forget herself when she sees delicious food.

She is voiced by Manaka Iwami.