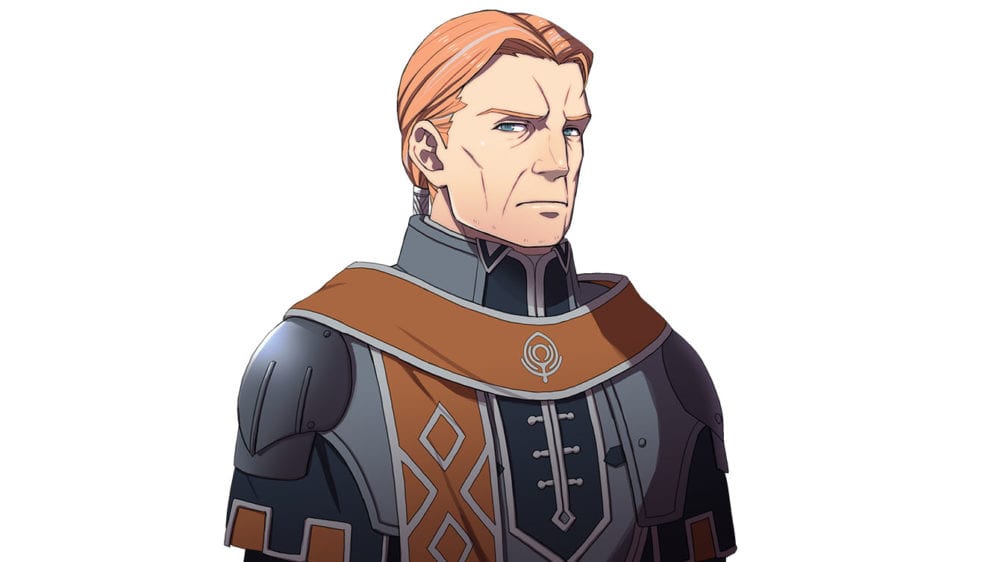 This time around we get to see Gilbert.

He is a knight of Seiros and a pious, polite, and serious man. His expression seldom changes, and he doesn’t talk much about himself. Due to that, it’s very difficult to get to know him, but it appears that he likes fishing and cooking.

He is voiced by Hiromichi Kogami.

If you want to see and learn more of the Fire Emblem: Three Houses, you can enjoy tons of recent gameplay, the latest trailer, the screenshots and video showing Eldegard, more for Dimitri, assets for Claude, screenshot and video showing Jeralt, more starring Rhea, the recent reveal of Catherine, that of Alois, the showcases of Setes and his sister Fren, the reveal of Yeritswa, and the unveiling of Tomas.