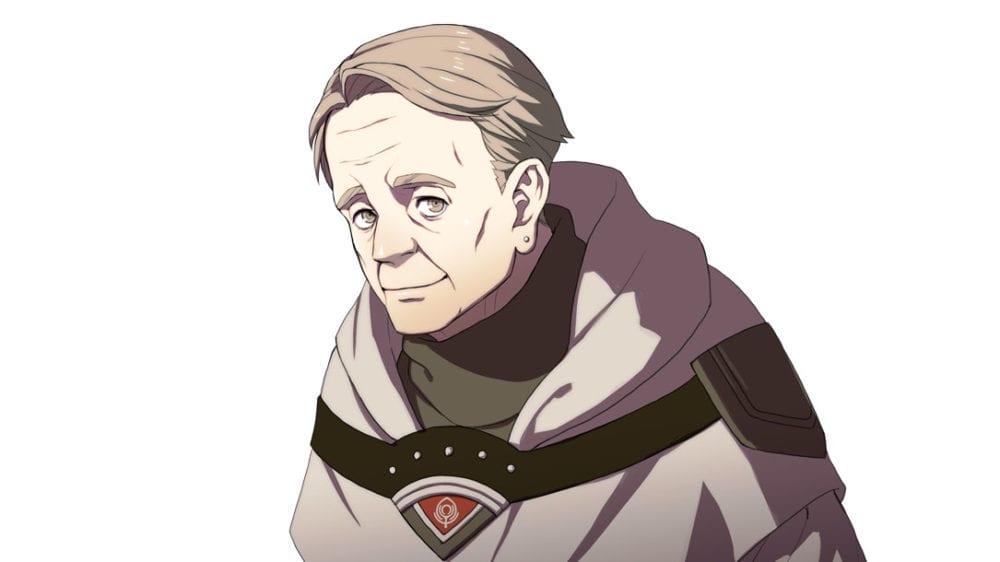 This time around we meet Tomas.

He has served as the archivist of the academy for over forty years. He doesn’t just know every book in the library, but also the circumstances of the academy itself since he’s been around for so long. He is a devout believer in Seiros.

He is voiced by Shinya Fukumatsu.

If you want to see and learn more of the Fire Emblem: Three Houses, you can enjoy tons of recent gameplay, the latest trailer and the latest images, the screenshots and video showing Eldegard, more for Dimitri, assets for Claude, screenshot and video showing Jeralt, more starring Rhea, the recent reveal of Catherine, that of Alois, the showcases of Setes and his sister Fren, and the reveal of Yeritswa.