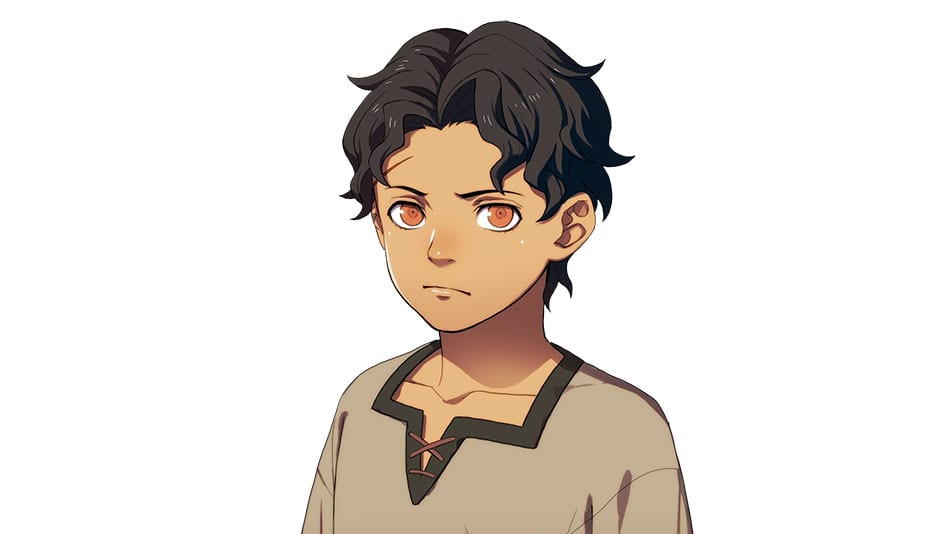 This time around the spotlight is on the young Cyril.

He is a kid who works in service of archbishop Rhea. He feels greatly indebted to her, who saved him from his situation as a war orphan. He takes his work at the monastery extremely seriously, so he always gives a stern impression. In order to be able to help, he has been provided a bow by Shamir.

He is voiced by Kengo Kawanishi.

If you want to see and learn more of the Fire Emblem: Three Houses, you can enjoy a lot of trailers from a coiple of days ago, tons of recent gameplay, the previous trailer, the screenshots and video showing Eldegard, more for Dimitri, assets for Claude, screenshot and video showing Jeralt, more starring Rhea, the recent reveal of Catherine, that of Alois, the showcases of Setes and his sister Fren, the reveal of Yeritswa, the unveiling of Tomas, that of Gilbert, and a look at Shamir.