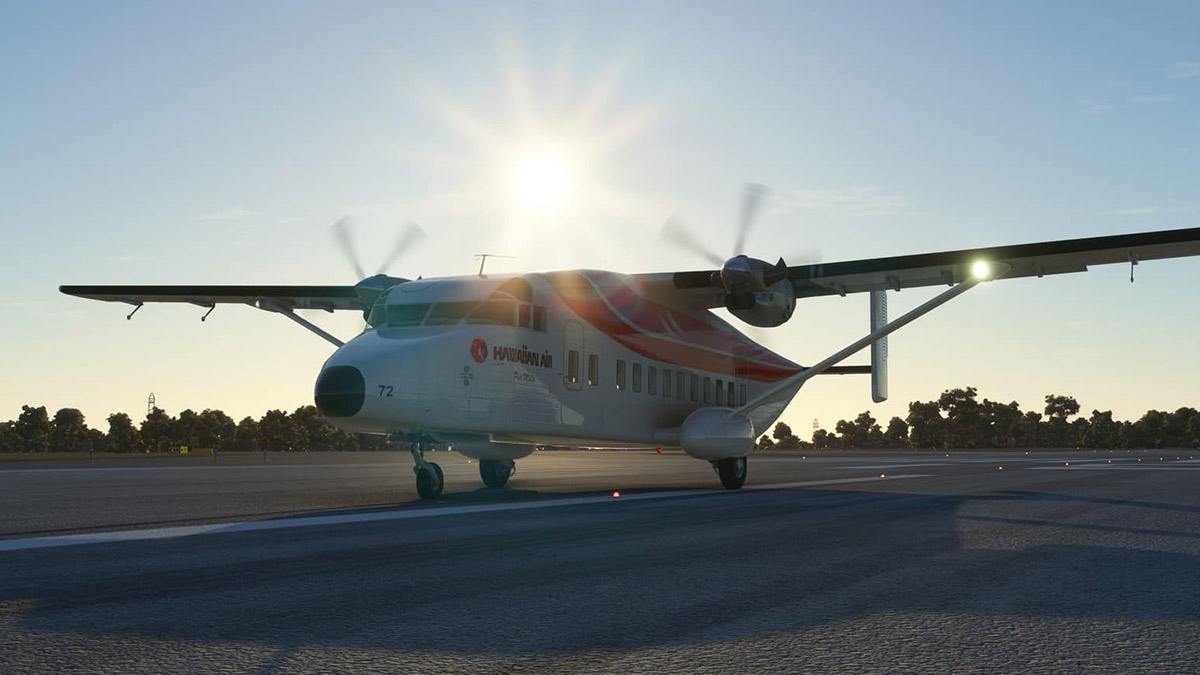 Third-party developers announced two upcoming add-ons for Microsoft Flight Simulator, including an aircraft and an airport.

We start with Black Box Simulation, which announced a classic, the Short 330.

For the moment, no details have been provided, but you can take a look at a screenshot below sporting the Hawaiian Airlines livery.

As you would expect, looking at the screenshots it appears that the airport also includes the military side, Eglin Air Force Base.