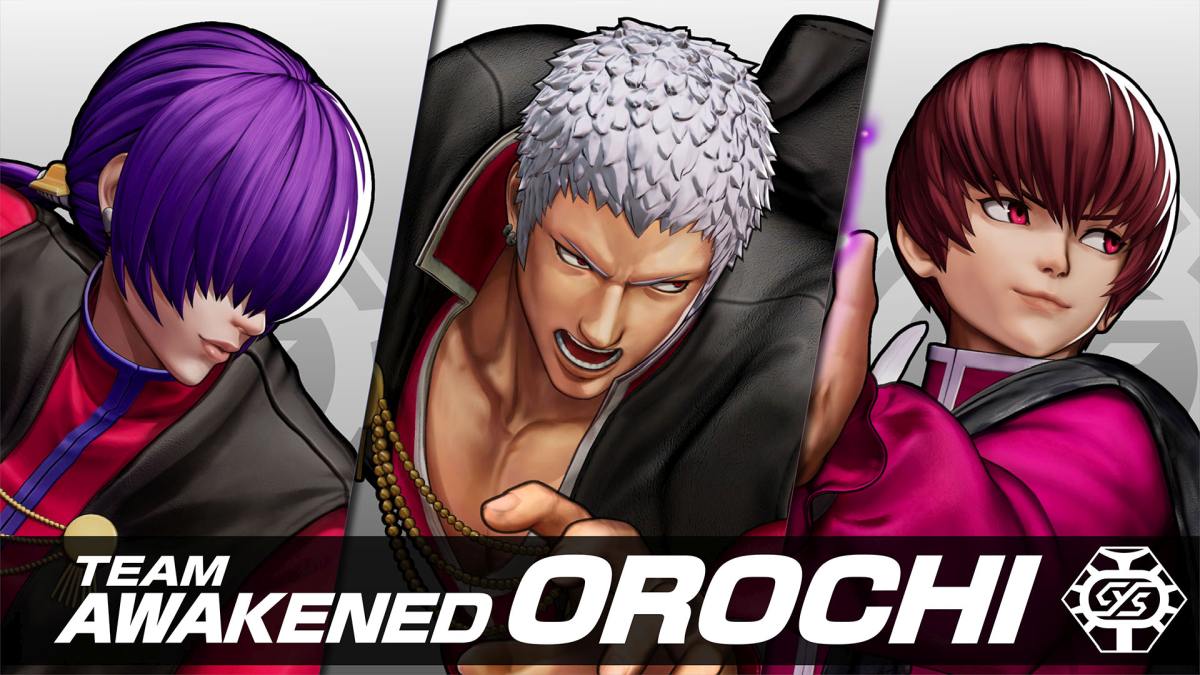 Today SNK revealed a new trailer about the next DLC team that will be added to its popular fighting game The King of Fighters XV.

It’s Team Awakened Orochi that was revealed a few weeks ago and will be released in August (with no specific release date announced for now).

It includes Orochi Yashiro, Orochi Shermie, and Orochi Chris and it’s the first team of the second team pass. Another team still has to be revealed and will bring the total of playable characters to 52 by the end of 2022.

Today we also learn that each character will come with an extra costume reproducing their usual outfits in the color scheme of Team Awakened Orochi.

You can check out the trailer below, alongside a gallery of screenshots that shows the extra costumes among other things.