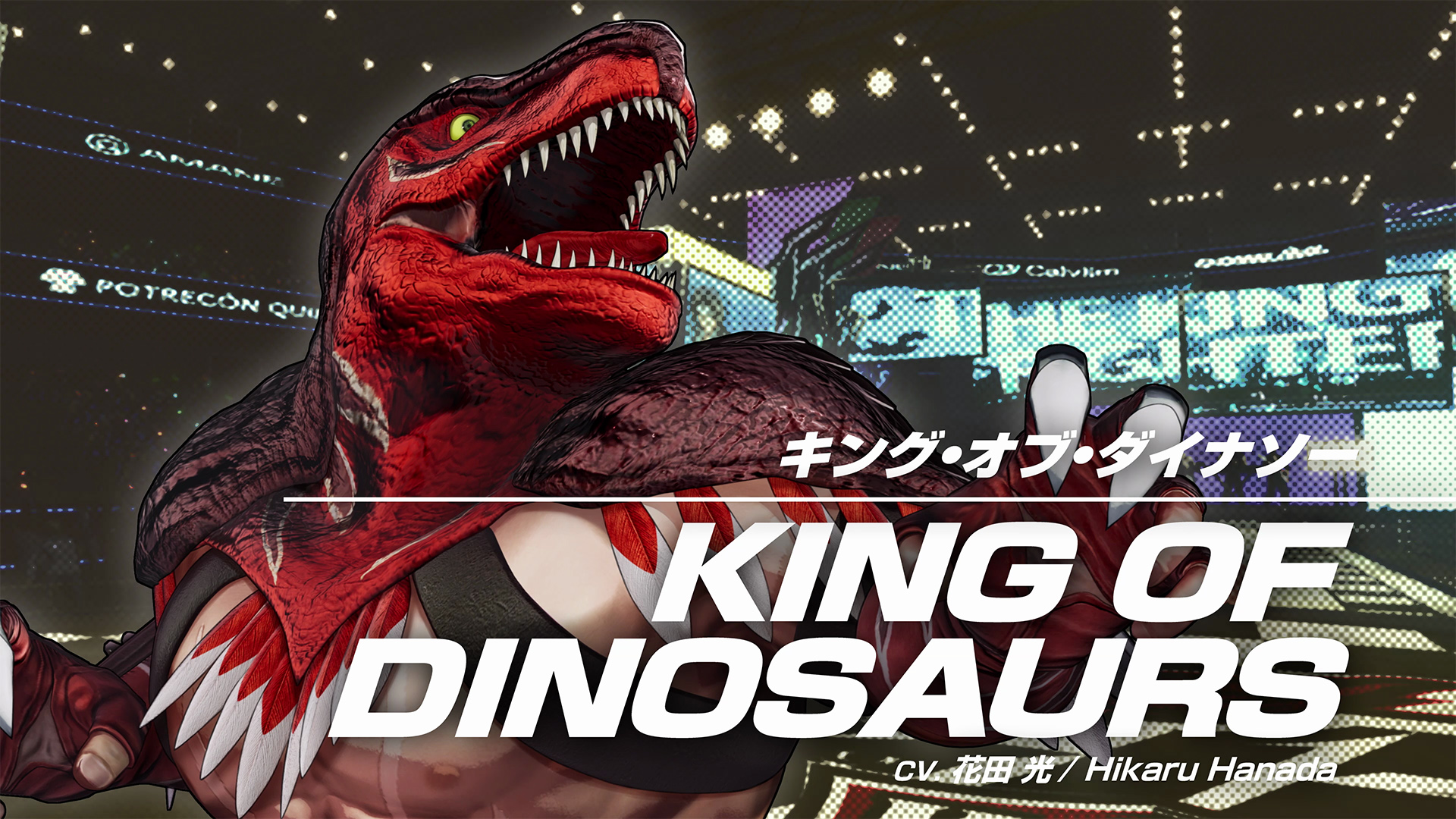 This time around, the returning character is King of Dinosaurs, returning to the launch cast after his appearance in The King of Fighters XIV.

Here’s how SNK describes King of Dinousaurs, keeping in mind that it’s from The King of Fighters XIV. Updated backgrounds for the characters are usually provided when they’re assigned a team.

“King of Dinosaurs is a mysterious heel wrestler who wears a tyrannosaurus mask. His true identity is unknown. He is capable of taking down seasoned martial artists with his powerful wrestling moves. But what is the meaning behind the countless scars engraved upon his body?”