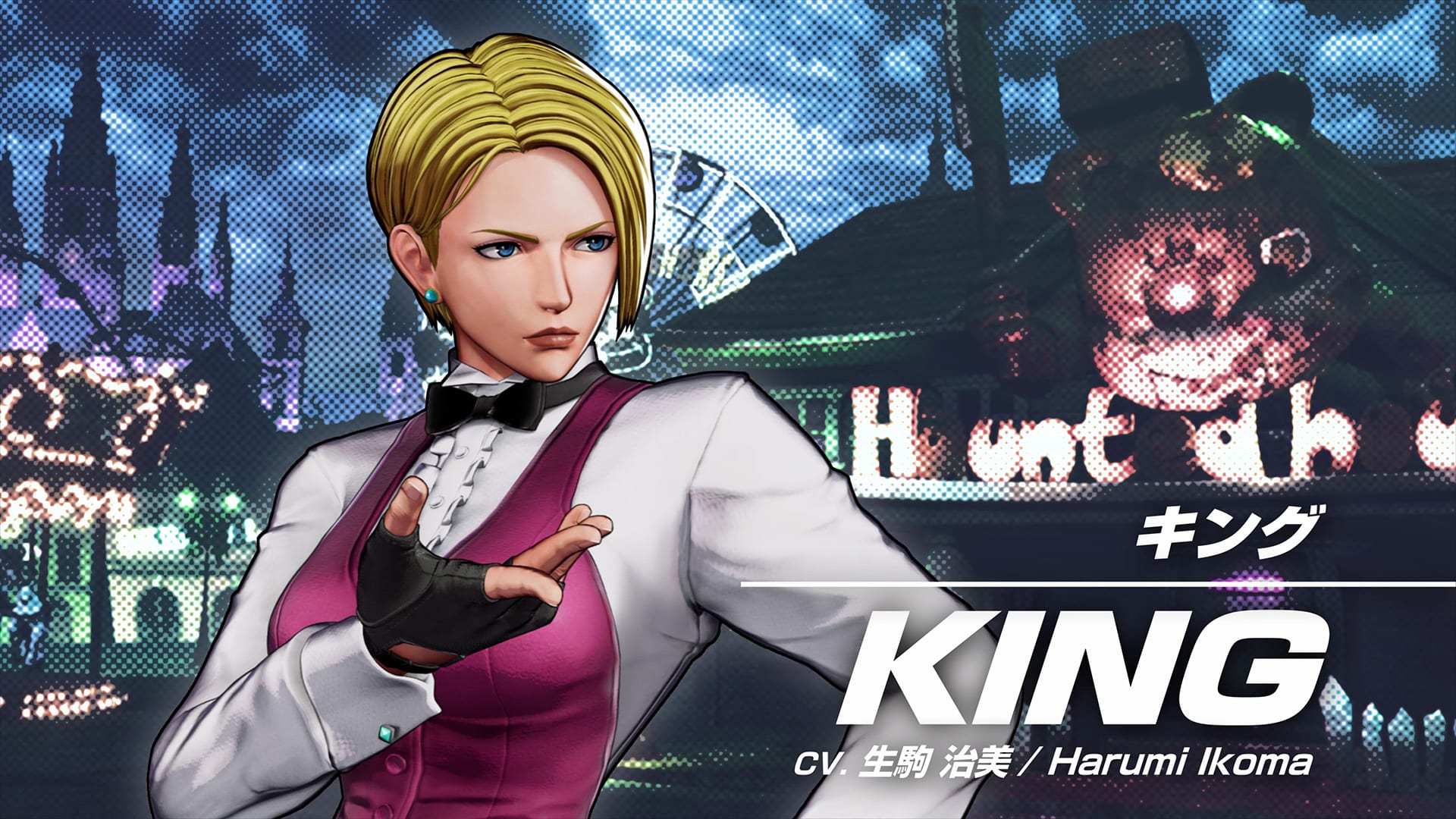 Today SNK released a new trailer and screenshots showcasing another of the characters that will be playable in its upcoming fighting game The King of Fighters XV.

This time around we get to take a look at King, another returning fighter from previous games of the series, on top of a theme park stage.

At the moment, no information was provided on the team she’ll fight with, but that will surely be revealed at a later date.

Below you can also read her official description, but the press release clarifies that it’s just the one from KOF XIV. An updated description will likely be shared down the line together with her team.

“King is a female fighter dressed brilliantly in men’s clothing. She fights with her own style of Muay Thai kickboxing. Taking advantage of her tall physique, she specializes in a variety of kicks. She is recognized as a leader among the female fighters. She is also the owner of the “Illusion” bar.”

If you want to see more, you can check out the first trailer, the first gallery of screenshots, and the trailers that revealed Shun’ei, Meitenkun, Benimaru Nikaido, Iori Yagami, Joe Higashi, Kyo Kusanagi, Chizuru Kagura, Andy Bogard, Yuri Sakazaki, and Terry Bogard.