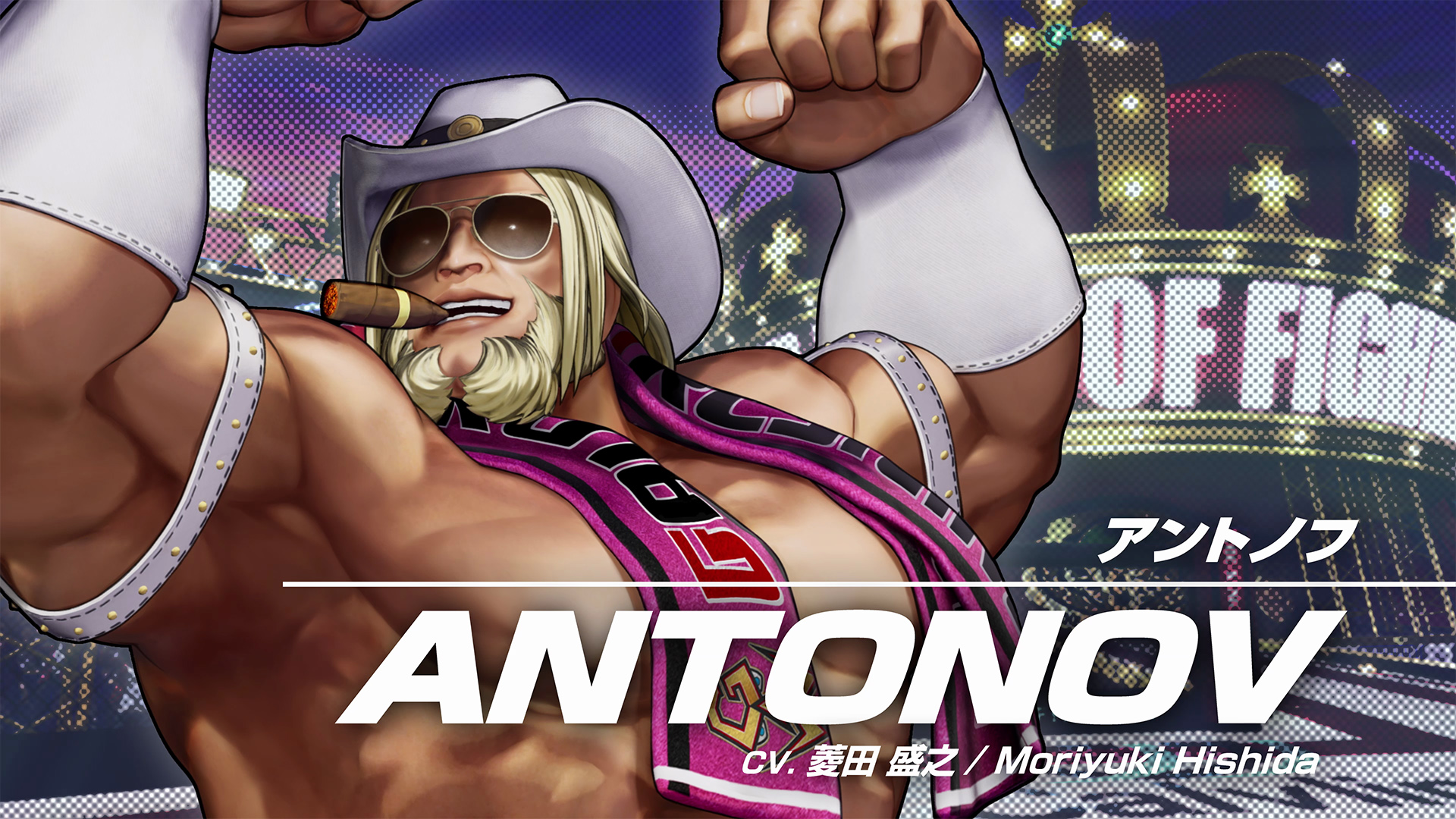 This time around we get to see another returning character, but this is a special one. Antonov, boss of The King of Fighters XIV will be playable and part of Team G.A.W. (Galaxy Anton Wrestling) alongside King of Dinosaurs and Ramón.

You can check out the trailer just below and see him in action alongside a few screenshots from the press release.

We also know that an animated short by Masami Obari is going to be published down the line to promote the game. That being said, we don’t know when it’s coming just yet. Hopefully, it will come soon.