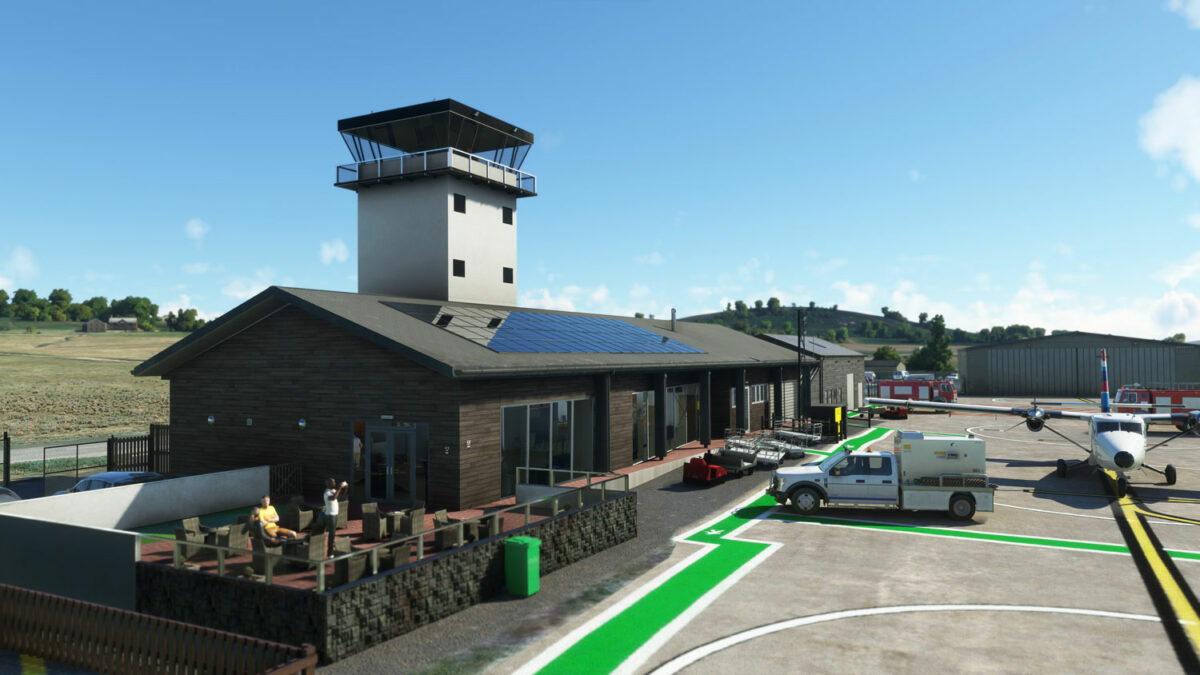 We begin with Aerosoft which launched Land’s End (EGHC) in the UK.

It’s currently available at the publisher’s own store for €12.25 including VAT. You can check out a trailer and a series of official features below.

Next is MXI Design which released Haugesund Airport (ENHD), Karmøy in Norway.

It can be purchased on SimMarket for $10.96 plus applicable VAT.

We then move on to Asia with Project MAX releasing Sam Ratulangi International Airport (WAMM) in Indonesia.

It can be purchased on SimMarket for $7.68 plus applicable VAT.

It’s worth mentioning that the airport uses default jetways, but in the screenshots, it’s portrayed using a third-party replacement by LatinVFR.

Last, but not least, we get the launch of Buttwil Airport (LSZU) in Switzerland by Mailsoft.

It’s available on SimMarket for $13.82 plus applicable VAT.