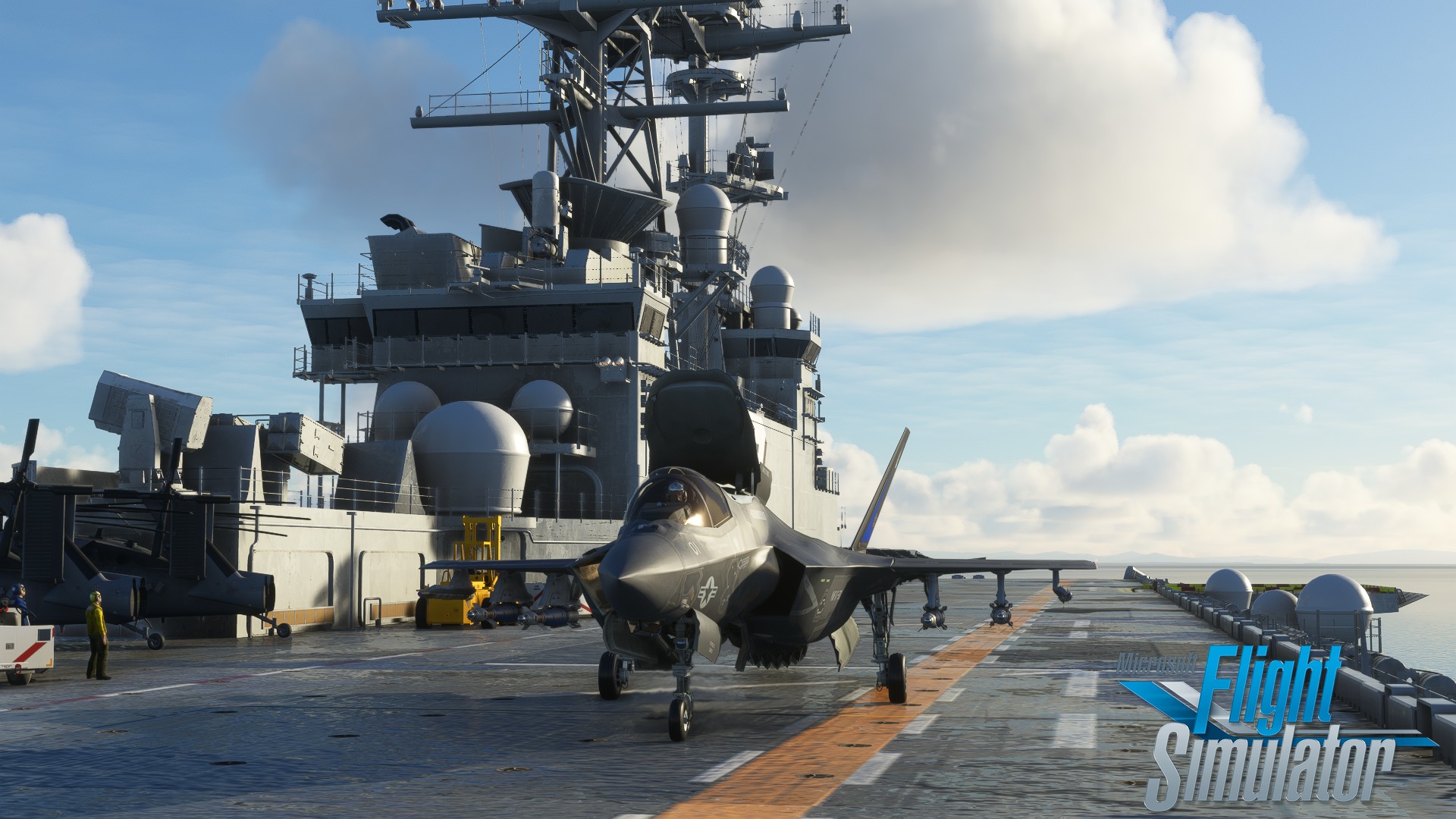 We start with IndiaFoxtEcho, which provided a development update and new screenshots about the F-35 Lightning II. It could be out this week if the new beta version works with no issues.

“We have submitted Beta 2, which was supposed to be our Release Candidate, to the testers but early feedback were clearly a “NO GO” due to CTDs for several users.
We have identified a few minor mistakes in the scripts that could lead to CTDs – although we were unable to replicate them.

A new Beta 2 version (BETA 2 HOTFIX 1) has been submitted to the testers – if this proves to be free from CTDs we believe we can release the package before the end of this week.
As usual we’ll keep you posted.

In the meantime, here are some screenshots from the latest test flight – by the way, carriers will be offered as a separate “companion” product for the F-35 – they will NOT be included in the package but will be sold separately (for a VERY small price) – this will allow us to keep the final price of the F-35 as low as possible for users that do not want the ships, and (possibly even more important from our point of view) will allow us to update them independently from the aircraft.”

Next is FlyByWire with another look at upcoming features for its A32NX Airbus A320 Neo. This time we see the ability to control the MCDU remotely and to actually print on a real printer.

The features are “coming soon.”

Speaking of aircraft, Big Radials promised a brand new payware Grumman JRF-6 Goose following the freeware one they released a while ago.

“A year after I first released the freeware OzX Goose Redux II for MSFS, Big Radials is now working on a brand new, ground up, payware Goose for MSFS.

We are modeling a Grumman JRF-6 Goose which was the final military variant and was used for navigation training as well as search and rescue with the US Coast Guard. We’re planning at least TWO bush trips, one of which is a fishing holiday trip along the coast, fjords, and sounds of British Columbia and the other is taking a group of tourists down to the Dry Tortugas along the Florida Keys.

We’re really lucky to be working with the INCREDIBLE Gents at https://www.goosehangar.com/ who are the people that Goose Instructors go to for flight training! With their help, we’re hoping that we can make this Goose like nothing else. The Goose is very important to us at Big Radials and we aim to make sure that this release is even better than our first two as we apply all we’ve learned from the new Sim.

All the regular stuff like WWise sounds, 4K textures, authentic flight model and particular attention is being given to the unique things in the Goose; like Vacuum powered flaps! We’re also using the new detailed FUEL SYSTEM that is part of the modern flight model in MSFS. This allows us to detail every fuel line, valve, and junction, allowing us to create a unique and accurate fuel system.”

Last, but not least, Orbx provided new screenshots of the upcoming Molde Airport (ENML) in Norway.