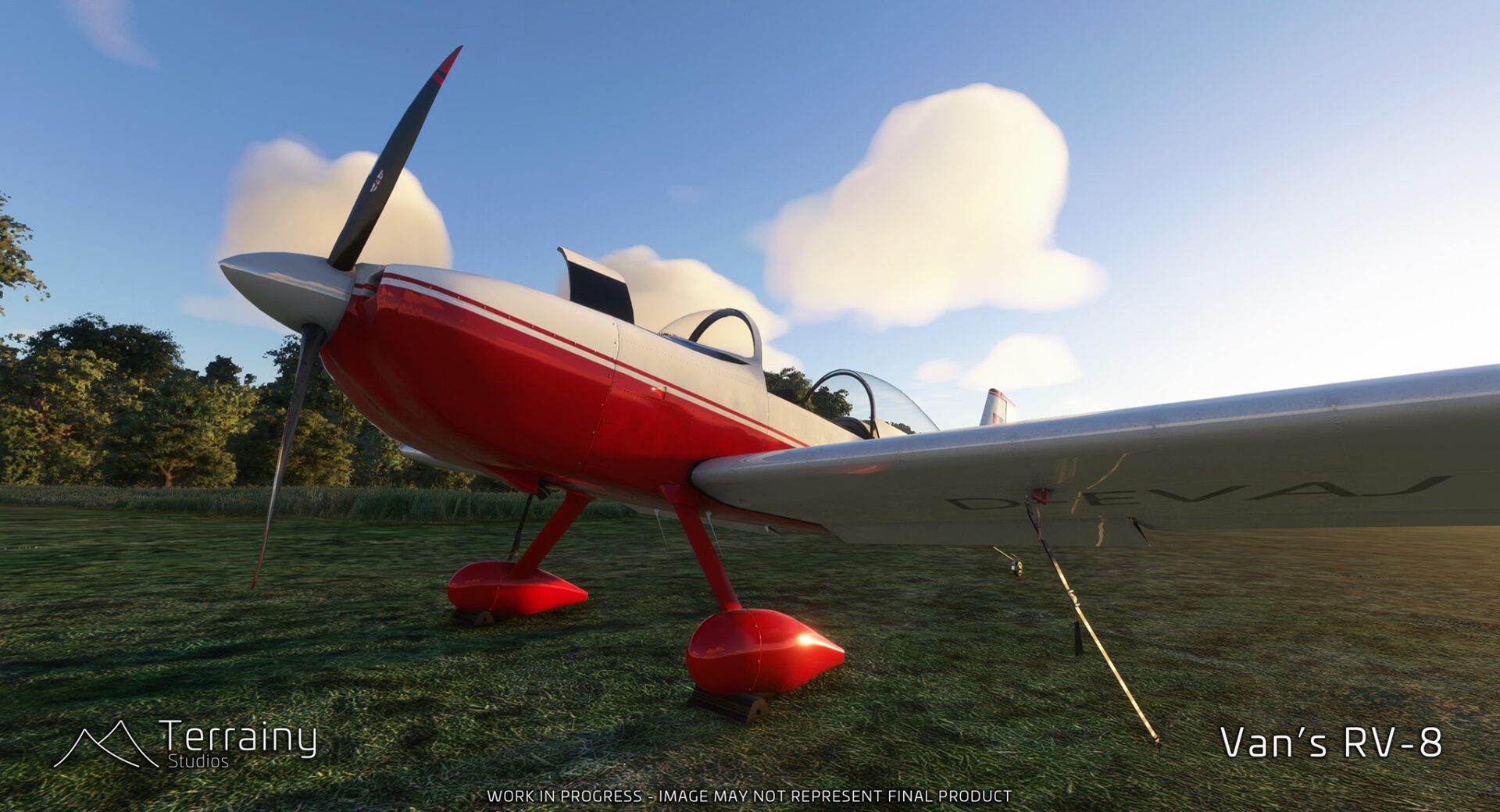 Terrainy Studios provided new images of its Van’s Aircraft RV-8, which is in the final phase of beta testing.

On top of the screenshots, we also hear about some spiffy features:

“The first preview in the series is the Static Elements and External Model. Our 3D specialists worked hard on the exterior model, pouring over every little detail. The static elements you will find on the aircraft are interactable and will have a direct effect on your experience. Did you leave the pitot covers on? Or forget the fuel cap open? Need to check your fuel? The fuel level in your tanks is visible when you open the fuel cap and changes depending on your actual level. You will dynamically experience the effects of your actions and so a good preflight is always important.”

Next is MXI Design, which released Milas Bodrum Airport (LTFE) in Turkey.

It’s currently available on SimMarket for approximately $28 plus applicable VAT. Below you can read an official list of features and check out a trailer.

The important cargo hub is available on Orbx Direct for $17.50, and you can check out what you can expect below.