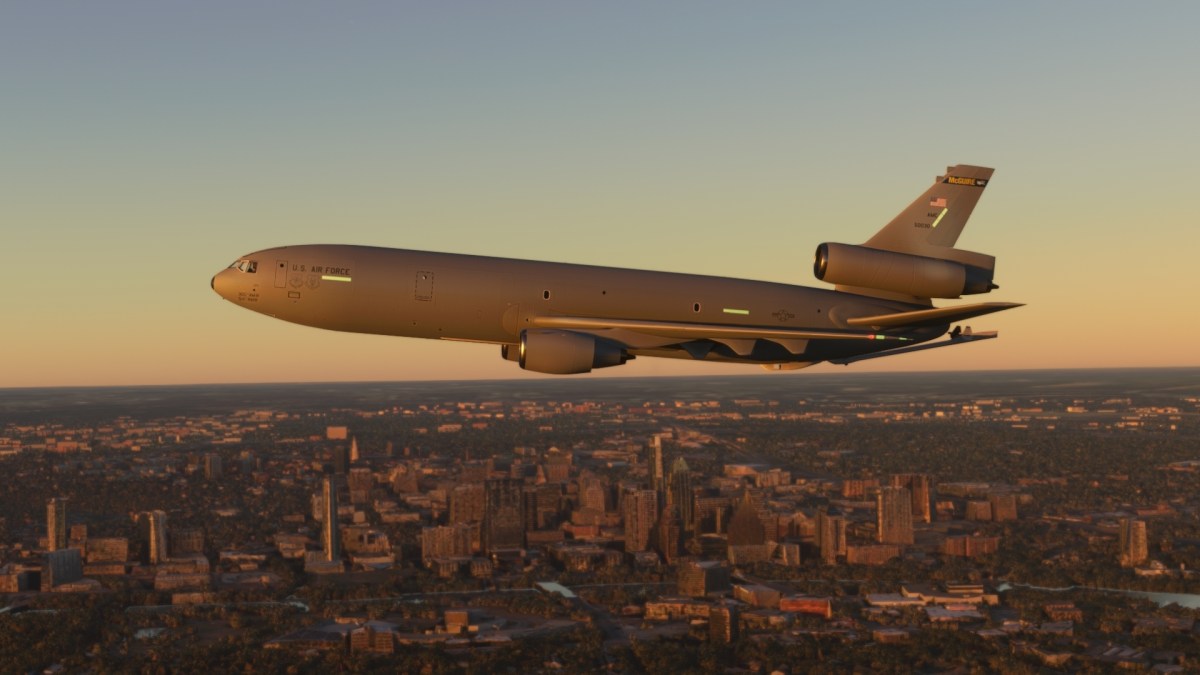 Third-party developers have shared new assets about upcoming aircraft and airports for Microsoft Flight Simulator, alongside a relevant release.

First of all, we get to take a nice look at the external model of the Aero Dynamics’ McDonnell Douglas KC-10 Extender.

We already know that aircraft will be freeware, and you can follow its development at the dedicated Discord Server.

We move on to IniScene/IniBuilds, which released a trailer of its upcoming Queenstown Airport (NZQN) in New Zealand.

This one is slated to be coming soon, and you can see what it looks like below.

Update: the airport has already been released and can be purchased at the developer’s own store for $15.09.

Next, we stay down under and take a look at more models for Bankstown Airport (YSBK) in Australia by Impulse Simulations, showcasing the businesses that can be found close to the airport.

We also get to see two more testing videos for the upcoming Pilatus Porter PC-6 by FlightSimGames, showcasing the floats and the water rudders in action.

It can be purchased on SimMarket for approximately $11 plus applicable VAT.