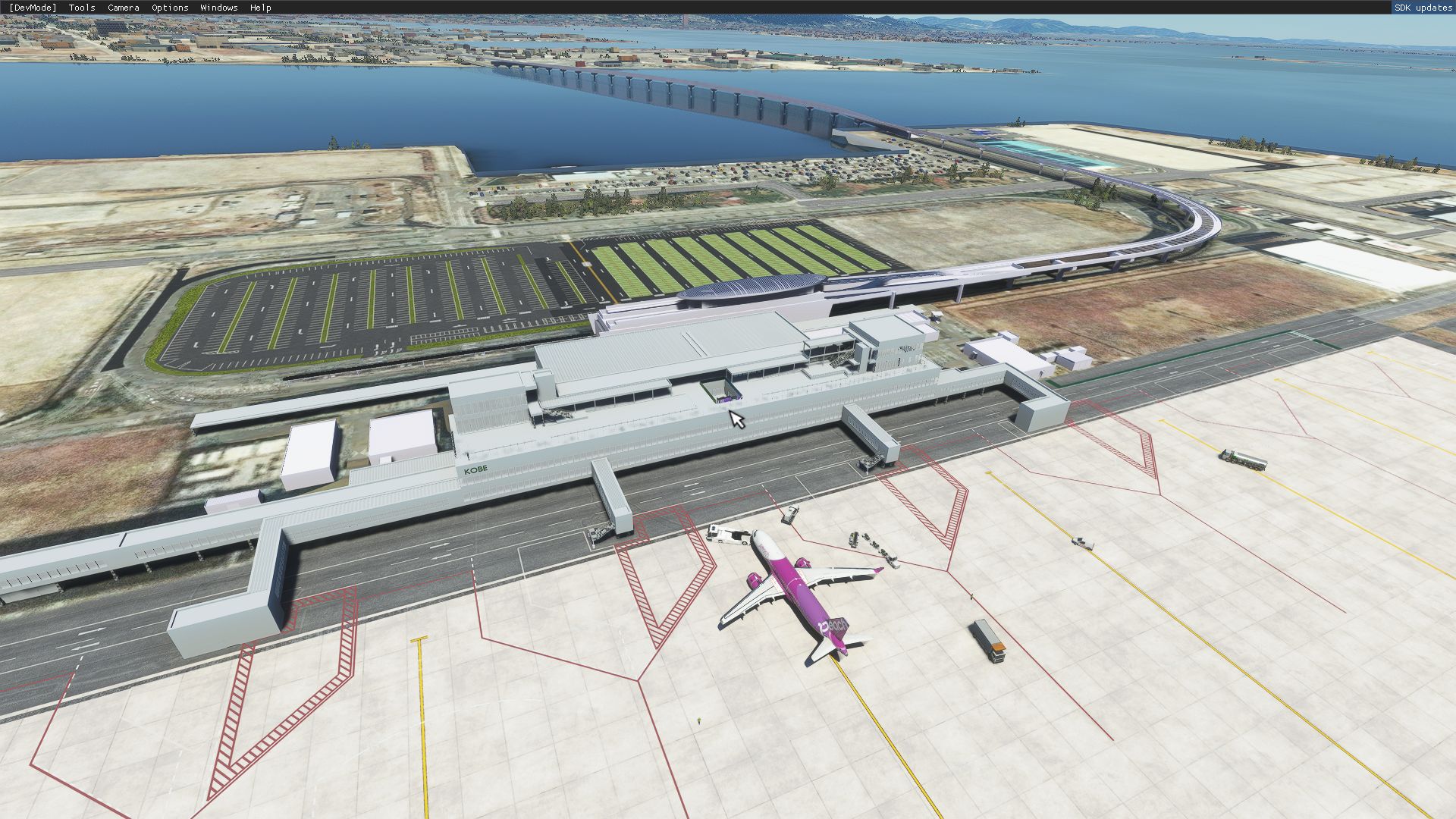 Microsoft and third-party developers have provided news and assets about upcoming content for Microsoft Flight Simulator.

First of all, Microsoft itself has decided to delay the release of the “Local Legend” add-on aircraft Junkers JU-52 by “a few weeks” to address the remaining bugs.

Next is a reveal from Devinci (which recently released a fetching rendition of Blaise Diagne International Airport serving Dakar in Senegal) that is currently working on Kobe Airport (RJBE) in Japan.

Here’s how the project is described:

“I finally resumed work on Kobe (RJBE) for MSFS. This is my progress so far. The ground is almost done as well, just needs custom textures (I already added all Japanese road sign textures). I’m currently uv unwrapping the terminal building in Blender, trying to use UDIMs for the first time for very high texture resolutions. I started with the terminal as it is the most complex building. I also intend on having LODs on every single building, custom jetways, animated trams, and a decent interior, etc. PBR textures will all be made on Substance Painter.”

Kobe Airport is one of the many in Japan built on reclaimed land, and it’s rather scenic with its position near the port of the city. It hosts airliner traffic to quite a few domestic destinations, and it’s going to be a welcome addition to Japan in Microsoft Flight Simulator.

Next comes SimWorks Studios, which showcased new images of its upcoming Kodiak. The exterior is complete and we take a look at the interior and one of the wheels.

Interestingly, the developers acquired a license to make a livery for Aviation Sans Frontières.

“We are also in the process of adding cargo to the cabin that will depend on the aircraft configuration and weight in each station. In the picture below you can see three levels of cargo loading on the various stations:

We are also working hard to add some weight-based passenger models into the cabin, but the timeframes are tight. There is a bit more fixing to do in the cabin but we expect to have the various stencils and fixes done by Friday, to close out the model.”

We also get a lot of pictures of Orbx‘s Stockholm Bromma (ESSB) in Sweden, which appears to be closing in on release.

It’s currently available on Aerosoft’s own store for €10.20.