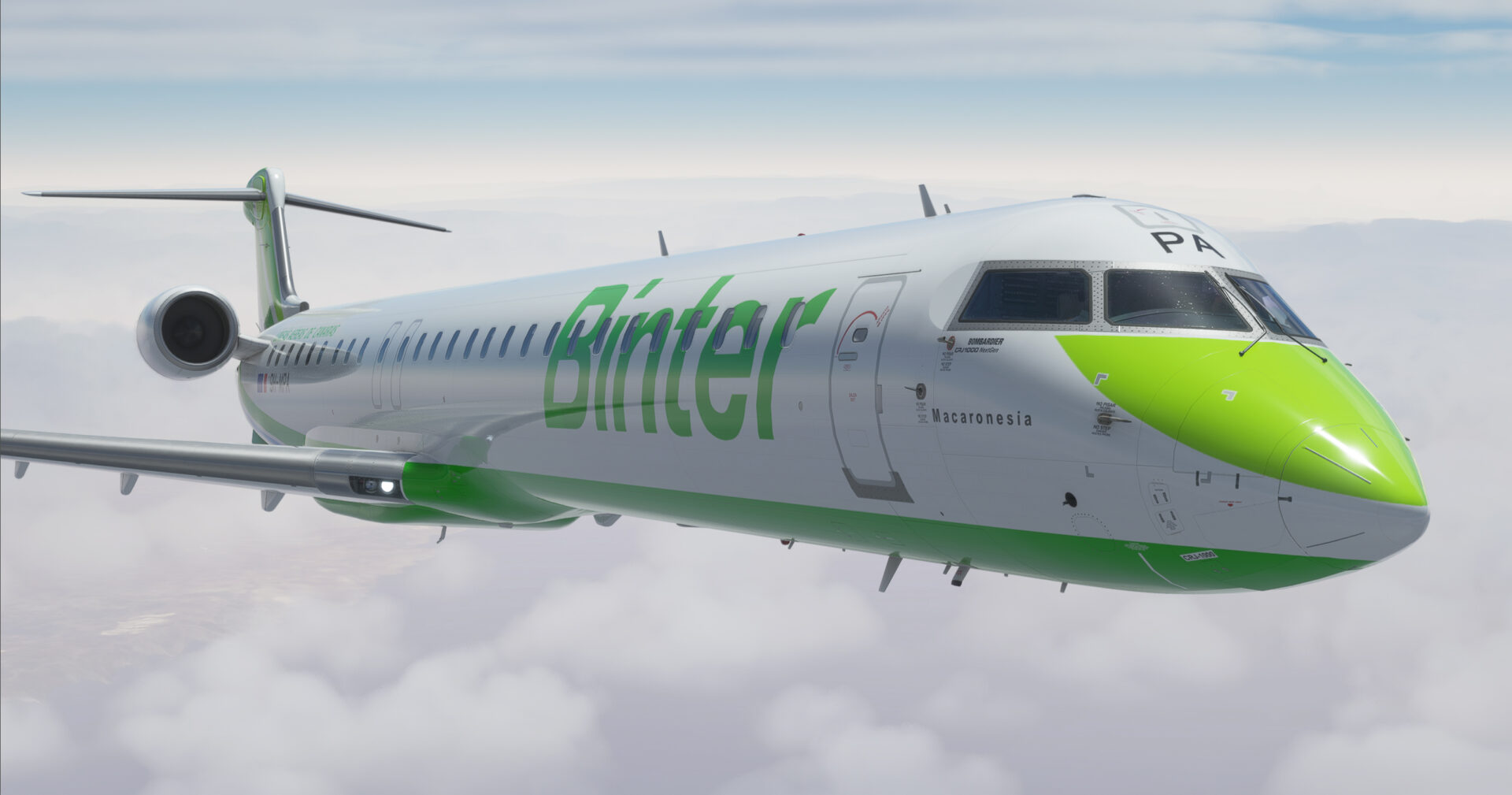 Today a number of third-party developers had new reveals and releases to make about upcoming Microsoft Flight Simulator add-ons.

We get to see the Binter Canarias livery of the Bombardier CRJ 1000, which will come alongside the CRJ 900 as a further add-on to the excellent CRJ 550/700 package.

Recently, we heard that Aerosoft hopes to release it this month and today it was confirmed that development is “fully on schedule.”

Next is SimWorks Studios, which provided new images and a development update of its Quest/Daher Kodiak, alongside pricing details.

“The VC is in the skilled hands of the texture artist and this is how it’s shaping up so far! After the base work has been done, we will begin adding stencils and stickers to close the VC out.

From an overall progress standpoint, the aircraft’s systems are almost completed. Exterior and VC are getting their final detailing pass and the focus is on the flight model, checklists and sounds.

Speaking of sounds, SimAcoustics were able to record a real Kodiak recently, so we will provide you with authentic, high-quality audio using Wwise!

Last but not least, we decided to break the Kodiak into two separate packages: wheeled and amphibian.

The wheeled version will retail at 30€ on SWS and cover the wheeled variants of the aircraft. The initial release will contain the Tundra, Summit, Skydive, cargo, and mixed cargo/pax interiors. Externally, we will offer standard and tundra tires, with a cargo pod option. We are aiming for a late July to mid-August release for this.

The amphibian will retail for 15€ and release after the Wheeled variant and the Xbox version of MSFS. As this will add wake effects and (we anticipate) better hydroplaning behaviour, we will need the extra time to work on the flotation aspects of the Kodiak (as well as the Zenith). The floatplane will feature the Tundra, cargo, mixed and Summit interiors.”

South Oak revealed more screenshots of Dillingham Airfield (PHDH) in Hawaii, USA. It should become available by the end of the week.

Last, but not least, we get a release by the prolific Simulación Extrema, that launched Perito Moreno Airport (SAWQ) in Argentina.

You can purchase it on SimMarket for $12 plus applicable VAT.