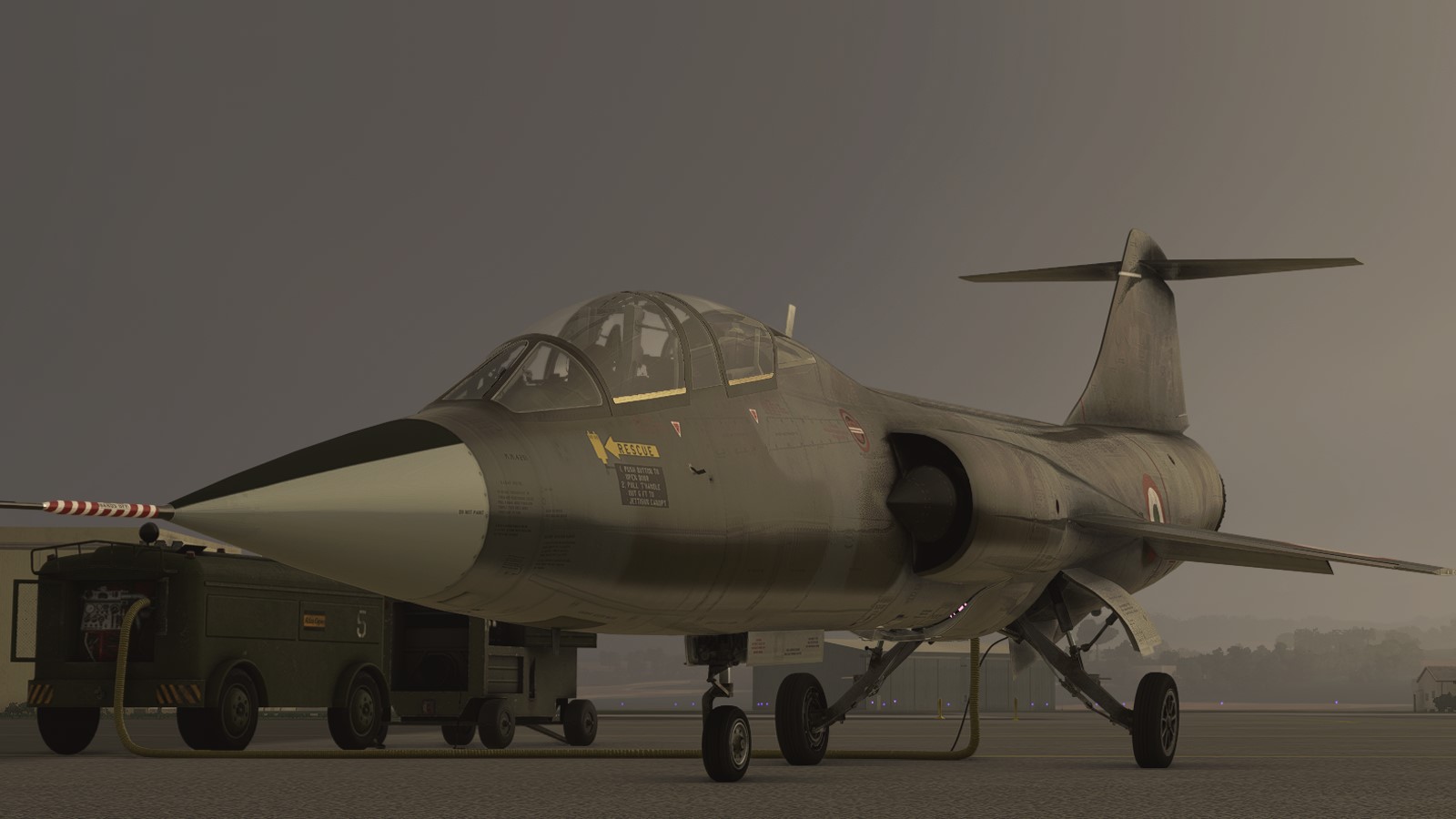 We start with Orbx, which released a new trailer of Skiathos Alexandros Papadiamantis Airport (LGSK) in Greece.

Next, we hear about the TF-104G Starfighter from Sim Skunk Works, which provided a single screenshot and a development update.

“Interior and exterior models are finished, only missing some hardware for external model (ladder, caps, etc) and some little adjustments to both cabins; Interior and exterior textures are finished, only minor updates are required for the final release; Interior lightning system is ok, in this week we will apply lights to the external model; Systems are finished and tested, no more actions are required; Sounds are almost finished, we are trimming some of them to get the more realistic feeling possible; We apologize for the little delay, we know many of you are waiting for the release, but we’d like to release a model as flawless as possible.

If all goes ok with final testing, in a couple of weeks we will be ready to release (we hope less).

(P.s. In the picture is displayed the first version of Italian Air Force, with RAL semi-glossy finishing, with wide fadings between grey and green, rescue markings “minimal” with indications in English only, over bright yellow vinyls)”