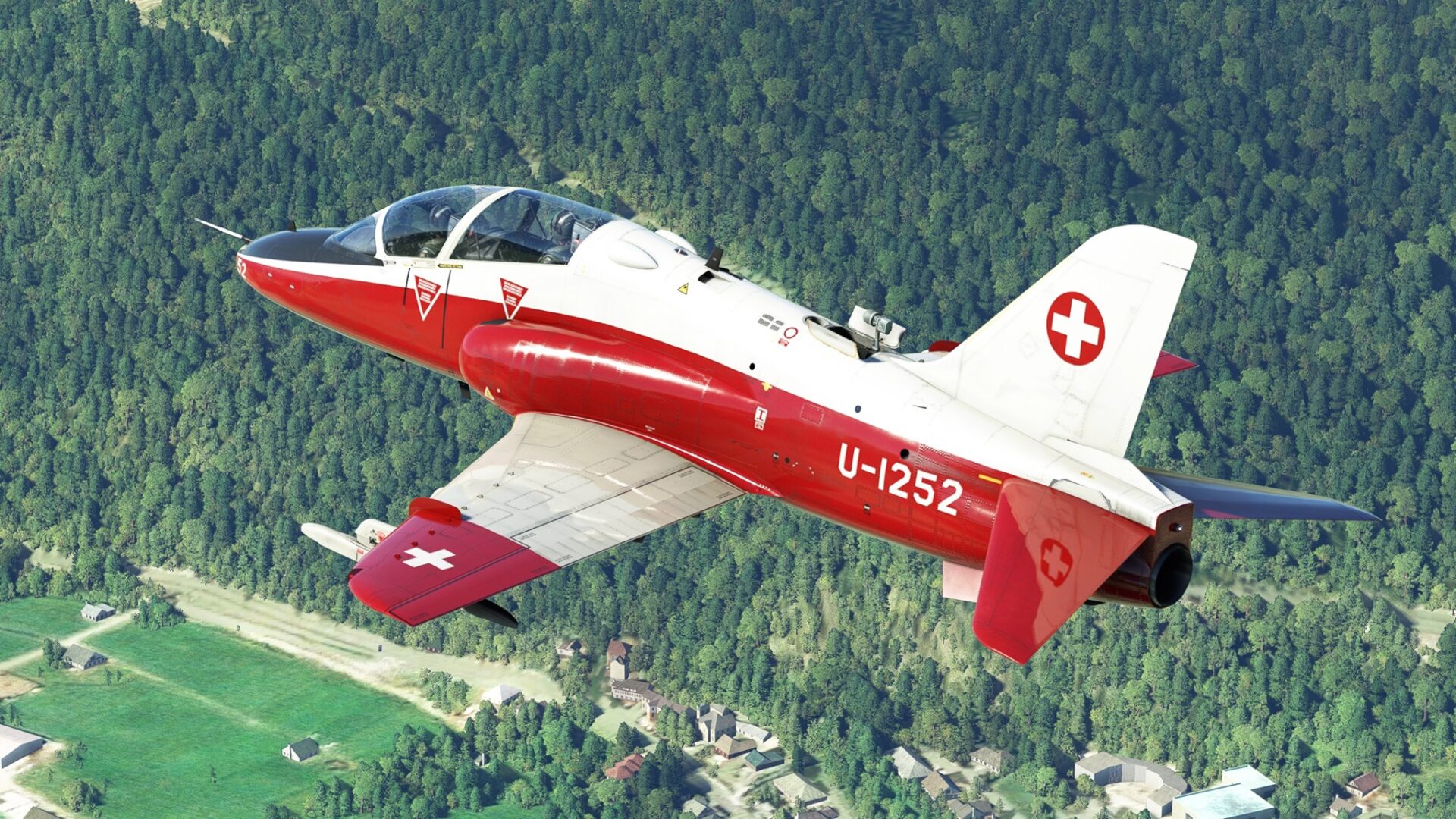 Just Flight showcased a brand new look at the Hawk T1/A advanced jet trainer, showcasing how you can simulate weapons and payload. It’s worth mentioning that you can’t actually use weapons, but they still influence the weight and performance of the aircraft.

More videos have been released about the upcoming Pilatus Porter PC-6 by FlightSimGames, showcasing a variety of elements. Interestingly, one of the videos shows the flip checklist box that is often seen used on the Porter.

After over a month of silence, Gaya Simulations provided another look at the jetways in the works for its Munich Airport (EDDM) in Germany.

Last, but not least, Impulse Simulations released more screenshots and renders of the buildings being created for its Bankstown Airport (YSBK) in Australia.