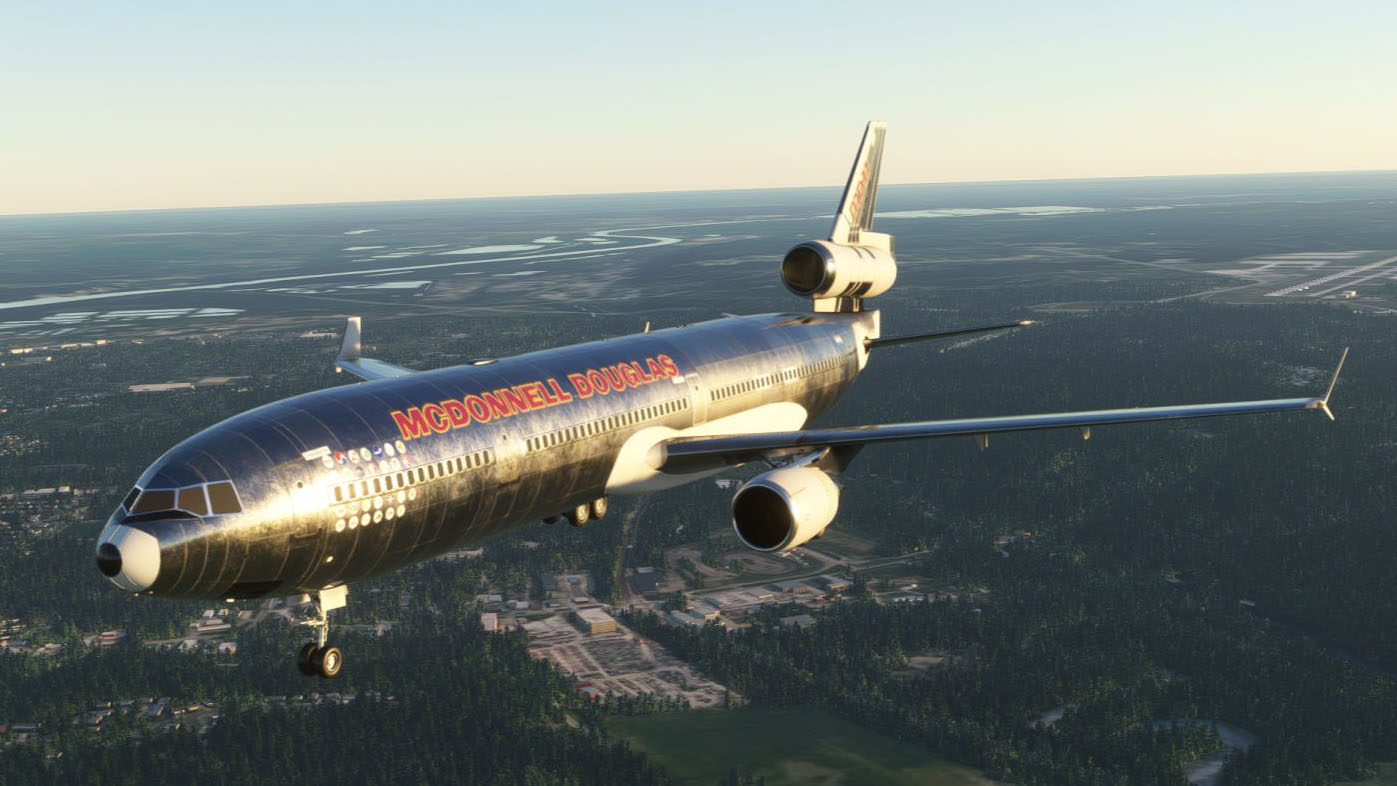 We start from TFDi Designs that showcased the first images of the MD-11 in the simulator (courtesy of FSElite’s FlightSimExpo’s live feed).

This aircraft is going to be “study-level” (meaning that it’ll include in-depth simulation of all the systems) and it certainly looks promising so far. We’ll likely hear more about it soon.

Do keep in mind that the last two screenshots in the gallery were captured with a camera off a monitor.

We also get to see a few more videos for the upcoming Pilatus Porter PC-6 by FlightSimGames, showcasing more of the amphibious version and an IFR flight.

It’s worth mentioning that this is a completely separate product from the one recently released by MilViz and is still in development.

Next comes Simulación Extrema with an extensive look at Kikai Airport (RJKI) in Japan, which was initially revealed a few days ago. It will come “soon” to both PC and Xbox.

Last, but not least, Impulse Simulations released more renders of the buildings being created for its Bankstown Airport (YSBK) in Australia.