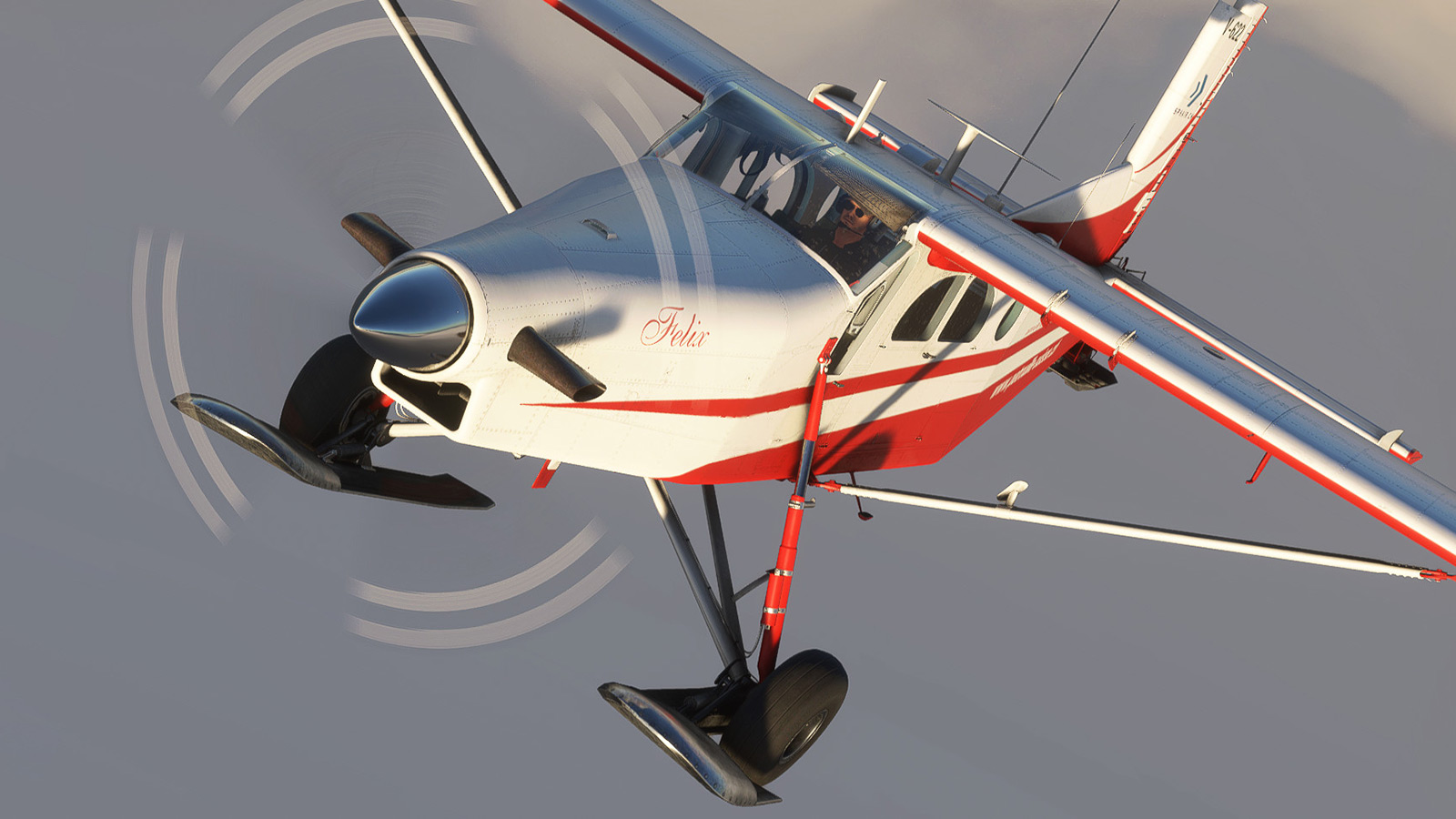 The release came as a surprise, without a prior announcement. You can purchase the aircraft at the developer’s own store for $29.99. It’ll also be released on the official marketplace soon.

This is the first stage of the release, with a second stage offering even more features coming down the line. When Stage 2 releases, the base price will be upped accordingly, but those who purchased Stage 1 before then will get Stage 2 at no additional cost.

Below you can find a large gallery of screenshots and an official description of the product, with a detailed features list.

“Building on our experience in MSFS2020 with the FG-1D Corsair, we have managed to bring more features, a deeper immersive experience, and more fun to the Porter.

The accurate and highly detailed 3D model blends delightfully with the visual realism offered by MSFS2020.
You can tell we’re proud of it right? But it’s the flight model of which we are especially proud.

Working with real-life Porter pilots has let us get down to the nitty-gritty of perfectly emulated performance.
We know you want to do that tricky stuff like beta braked short runway shenanigans as per Air America, or slow diving with skydivers, and the good news is that with the Milviz PC6, you can!

Pull the power lever down to engage Beta mode and turn that huge prop into a barn-door air brake. Lift the lever over the gate and the prop will reverse pitch – for ground use only! It all works just like the real thing!

Avionics
Our Turbo-Porter uses the default G1000, with minor modifications to suit the PC6, in addition to a Bendix-King radio navigation suite including the KAP140 autopilot and the KR87 ADF. For those that prefer something more old-skool, the forthcoming Stage 2 Release will offer a full steam-gauge option, alongside more radio and navigation options.

Please note that at this time 3rd-party avionics such as the Working Title Garmin G1000 NXi are not supported nor recommended. This extends to any avionics mods or community fixes. Regarding the NXi specifically, as it matures and becomes more integrated into the simulator as per the NXi development roadmap, rest assured that we will work to ensure that it can be used seamlessly in the Porter.

4-in-one
Swapping between standard wheels and skis is easily done in real-time via our Electronic Flight Bag tablet. The Stage 2 release will add options for tundra wheels and floats; comparisons to a Swiss army knife are well deserved!

The EFB configuration utility also allows the selection of passenger and cargo variants – Set the cargo weight using the nifty slider and watch as an appropriate cargo load automagically spawns in the rear.

Stage 2 Release
The current Stage 1 release of the Porter is a complete experience, but we have greater plans to represent this iconic aircraft in more detail. To that end, we are working towards an additional Stage 2 release that will feature separate models with floats and tundra tires to expand your mission profile, as well as an earlier representation of the Porter cockpit with steam gauges and multiple radio options to suit all possible wishes. As the technology in MSFS matures and expands, we have even more plans in store!

Once Stage 2 is complete and ready for release, the price will be rising accordingly to accommodate the many extra additions and features. However, those who purchase the current Stage 1 release will benefit from ALL Stage 2 upgrades at no extra cost. Your purchase entitles you to any and all future upgrades for this product!

More fun
What is in that mysterious crate in the back?
We don’t know! But we do know you can drop it out of the cargo door in the fuselage floor.

The default checklist system has been tweaked to allow completion from outside the aircraft. We hope you will agree that it is much more satisfying to remove those reds ‘by-hand’ rather than clicking on a checkbox.”