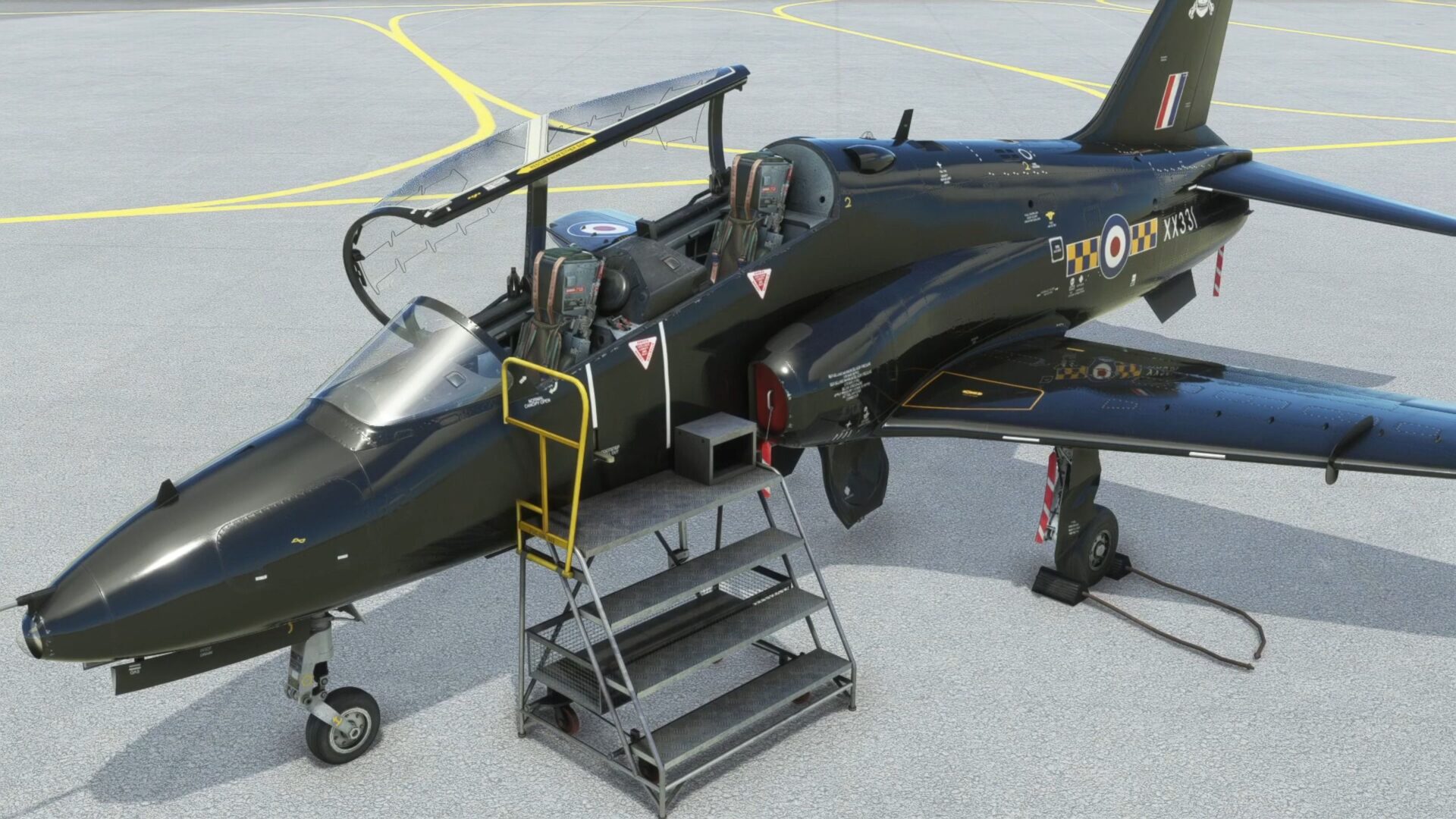 Third-party developers have released a new airport and made and revealed new assets about upcoming add-ons for Microsoft Flight Simulator.

We get a new video showing the extensive take-off configuration process for the upcoming advanced jet trainer Hawk T1/A by Just Flight.

Once more, particular focus is on showcasing the many custom sounds recorded for the aircraft.

After a fairly long silence, we get word from Jo Erlend, who is working on Aerosoft’s Brussels Airport (EBBR) in Belgium.

This time we get to see how some of the hangar doors will open and close automatically as we enter or leave. They will also do so independently to make the airport feel more alive.

Next is Orbx, showing more screenshots of its upcoming be Auckland city pack in New Zealand.

Last, but not least, Beautiful Model of the World released Vigo Airport (LEVX) in Spain.

This is a stand-alone launch on SimMarket, where the airport can be purchased for €12.08 including applicable VAT.

That being said, on Saturday (Oct. 16) it’ll be released as the developers’ growing all-access collection which includes 23 airports (counting Vigo) for a €28 one-time payment, promising more to come down the line.