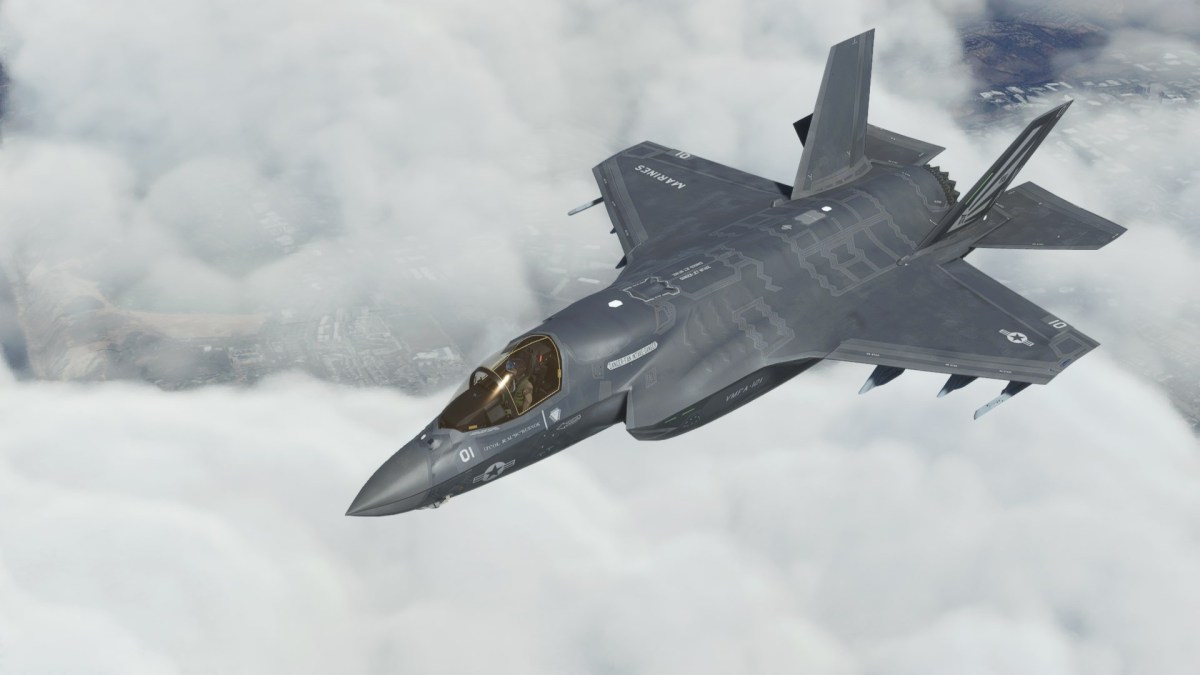 First of all, IndiaFoxtEcho provided an extensive update with new screenshots of its F-35 Lightning II.

Having some fun with the Bee variant while testing the Primary Control Display (PCD), which is finally almost finished.

The PCD is the main interface for the F-35 and the pilot can access a variety of functions through its four independent “Portals”. Each portal can have two “subportals” which can be quickly swapped with the currently selected “page”.Also, in real life, each portal can be maximized to occupy half of the PCD instead of a quarter (at the moment this is not simulated as in reality it is mostly used for mission systems and we thought it was a waste of memory).

Many of the portals “pages” are assigned to mission-systems (sensors and weapons functionality) and therefore will be INOP in MSFS – although in many cases wer retained their real world appearance.Speaking of the portals appearance, we went through all the available videos showing the cockpit interfaces and we have completely redone the graphics of the old P3D version, so that the look is now much closer to the real deal.

In detail, these are the functions that are operational:

The following functions will be displayed but will be INOP:

Next is Sim Skunk Works, showing off the ability of its upcoming TF-104G Starfighter to engage an abort cable barrer.

Speaking of new aircraft, Just Flight just announced the Piper PA-38 Tomahawk. No more details were provided, but we get the first screenshots.

Moving on to airports, we get another look at the cargo area of Václav Havel Airport Prague (LKPR) in the Czech Republic from Tailstrike Designs.

You can find it at the publisher’s own store for €6.10 including applicable VAT.