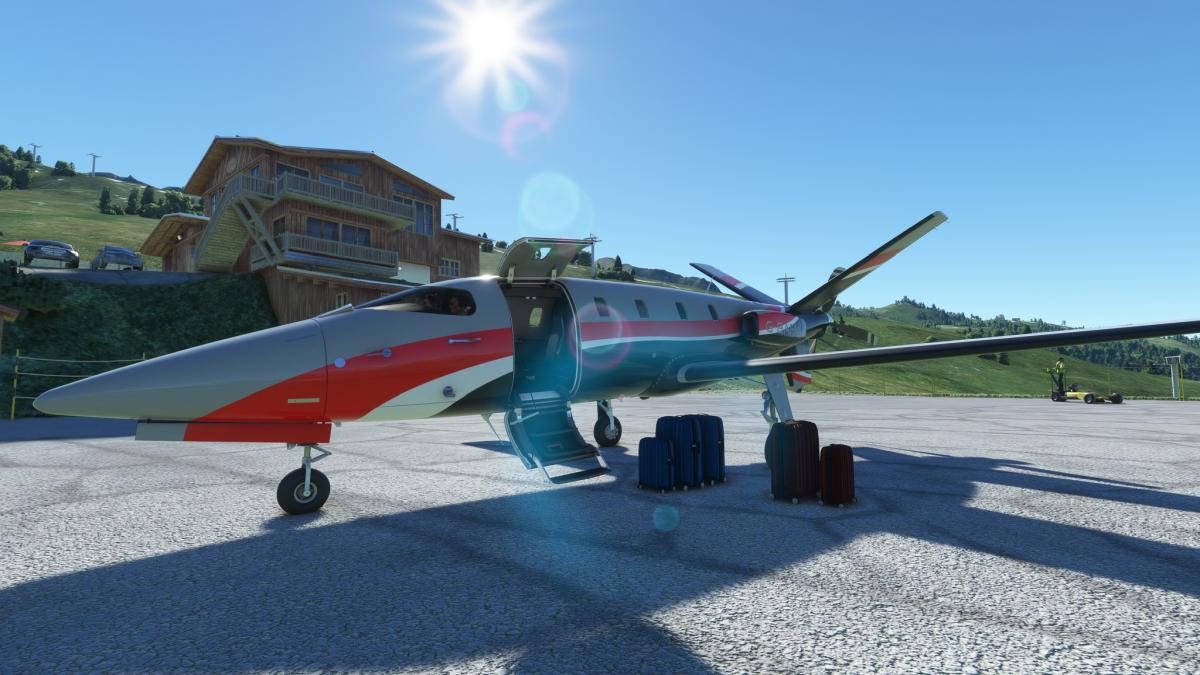 We start with new screenshots LearAvia Lear Fan 2100 by Lionheart Creations, which apparently is close to its release.

A new trailer has also been released by Hype Performance Group about the HEMS (helicopter emergency medical service) version of the Airbus H145 included in the Action Pack, which is currently available in early access.

We move on to airports and South America, with LushoDev releasing Chacalluta International Airport (SCAR) in Chile.

It’s currently available for $14.60 plus applicable VAT on SimMarket.

Last but not least, the good folks at Airworthy Designs seem to be gearing up to announce a new airport a year and a half after their excellent Saint Martin & Gran Case add-on.

While no announcement has been made, the picture you can see below has been published, and that’s the unmistakable statue you can find near Saint Barthélemy Gustaf III Airport (TFFJ) in the Caribbean, one of the most challenging airports in the world due to the short runway and the peculiar landing profile that requires aircraft to basically “dodge” a road on a nearby hill to get to Runway 10.