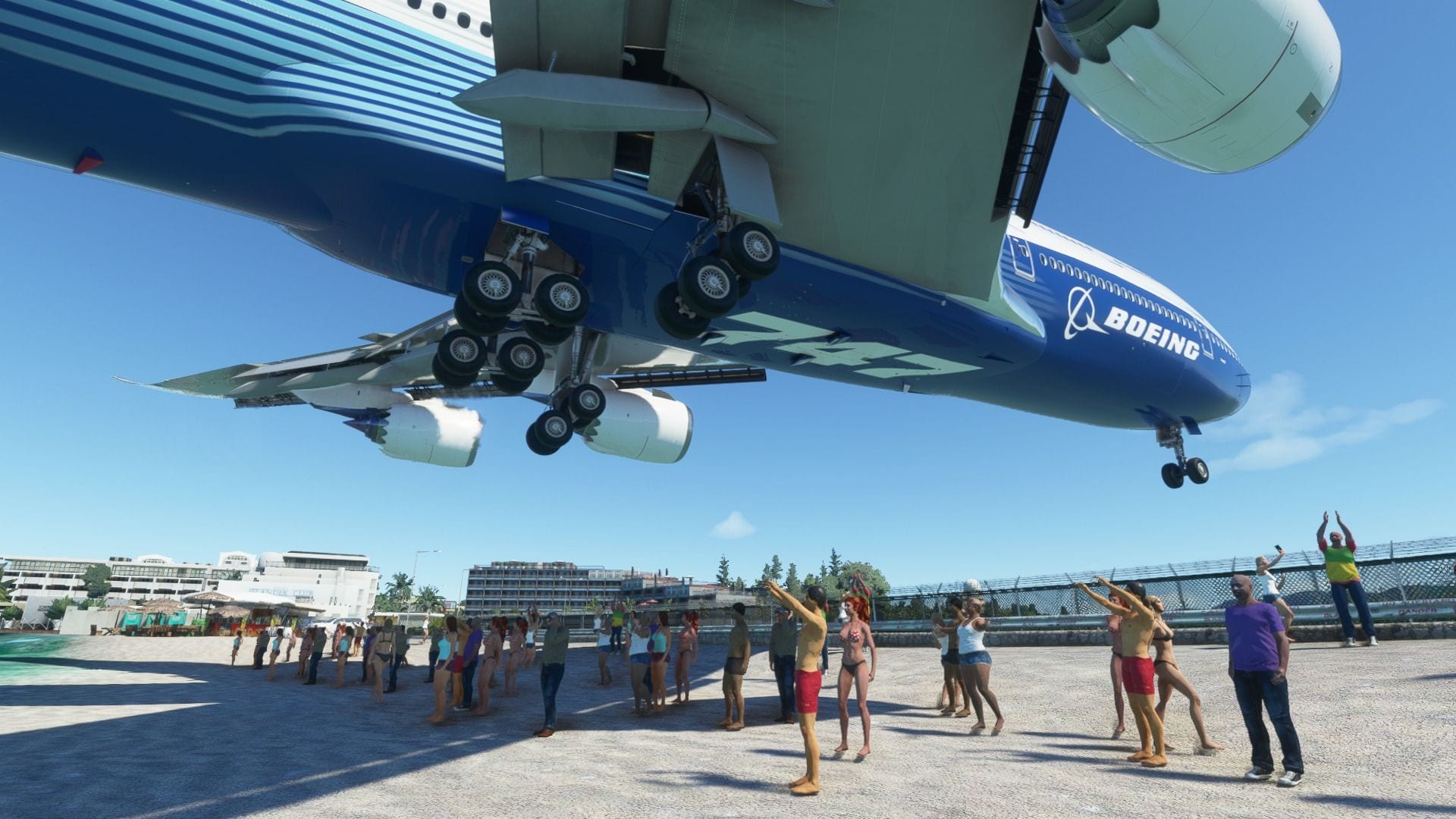 A new thrill has been added to Microsoft Flight Simulator thanks to a newly-released add-on by Airworthy Designs.

This includes both the famous Saint Juliana International Airport and Grand Case-Espérance Airport, respectively on the Dutch and French sides of the island.

Saint Juliana is especially famous for having a beach just beyond the fence on the approach to Runway 10, thrilling tourists with extremely low passes just over their heads, often encouraging rather reckless behaviors.

The scenery for Microsoft Flight Simulator comes equipped with plenty of beachgoers for you to scare by landing just beyond the fence just as low as you possibly can.

The package costs €19.51 including VAT, so the price may vary slightly depending on where you’re located.

Below you can see a few screenshots and a summary of what you get.