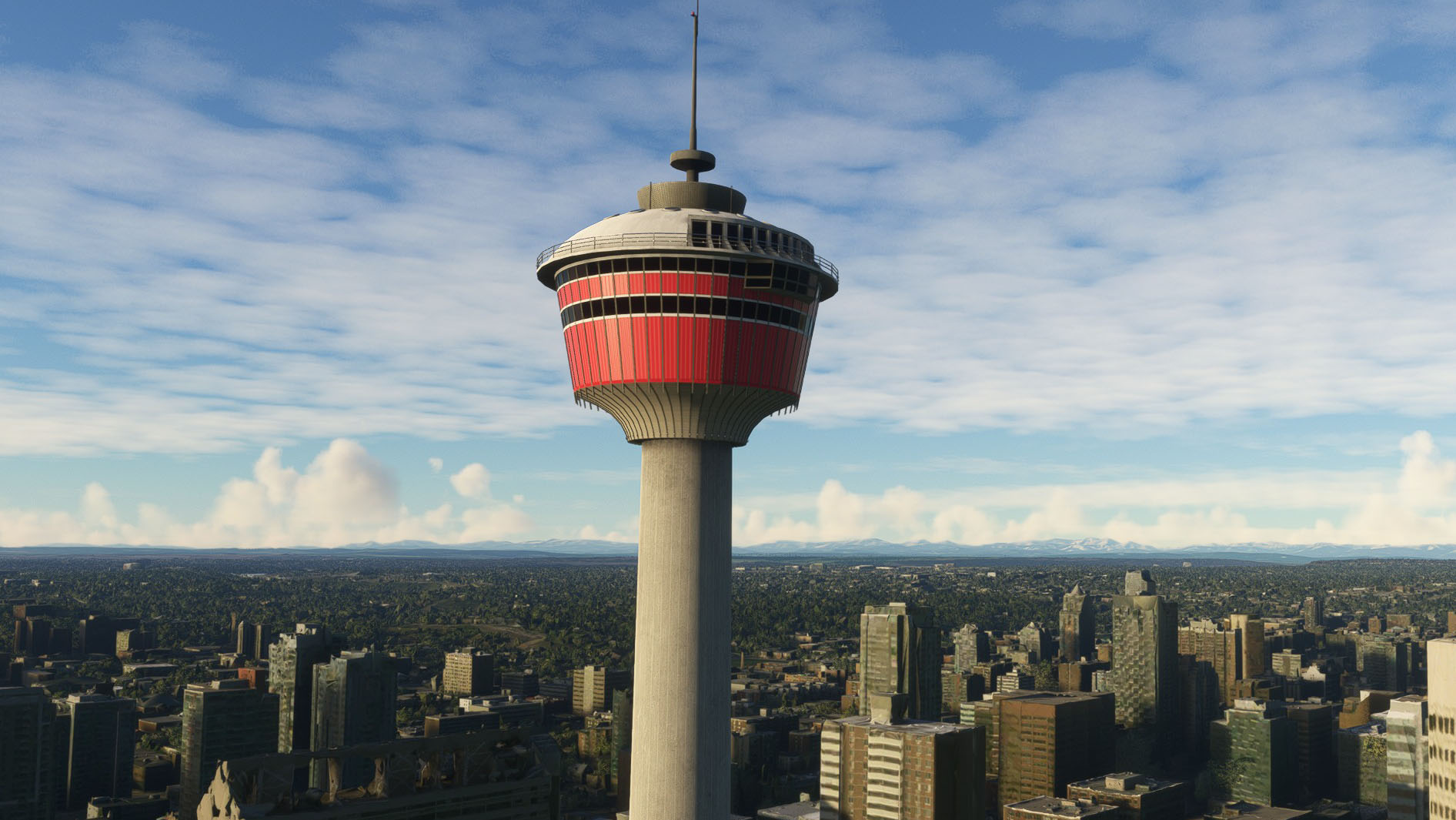 Today, third-party developers for Microsoft Flight Simulator has plenty of news to share about airports and aircraft.

We start with an announcement from FSimStudios, which is working on Calgary (CYYC) in Canada.

Below you can see a look at Calgary Tower, which appears to be included.

Next is Pyreegue, which revealed renders of one of the big warehouses around East Midlands Airport (EGNX) in the UK.

We then move on to Syracuse Hancock International Airport (KSYR) in the United States, courtesy of Verticalsim.

The airport is close to completion and the developer promises that it’ll be the most detailed airport they have completed to date.

Last, but not least, we get a video from Blue Bird Simulations, showcasing the animations of the wings and engine of the Boeing 757.