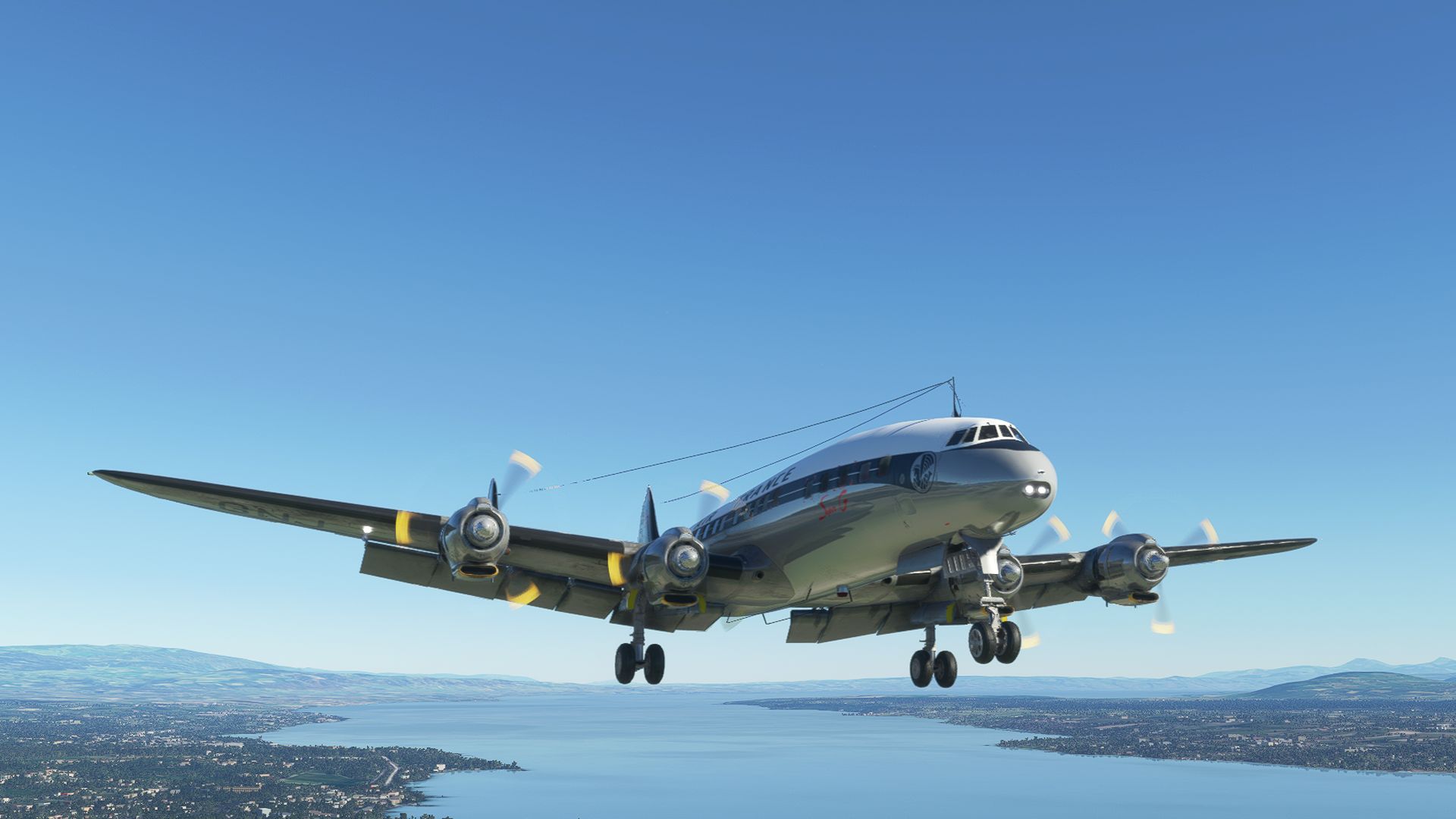 It’s a Lockheed L-1049 Super Constellation, which will soon unleash its four engines onto the simulated world.

We get to see a simple startup sequence, the warmup, the taxi procedure, and the aircraft’s ancient autopilot system.