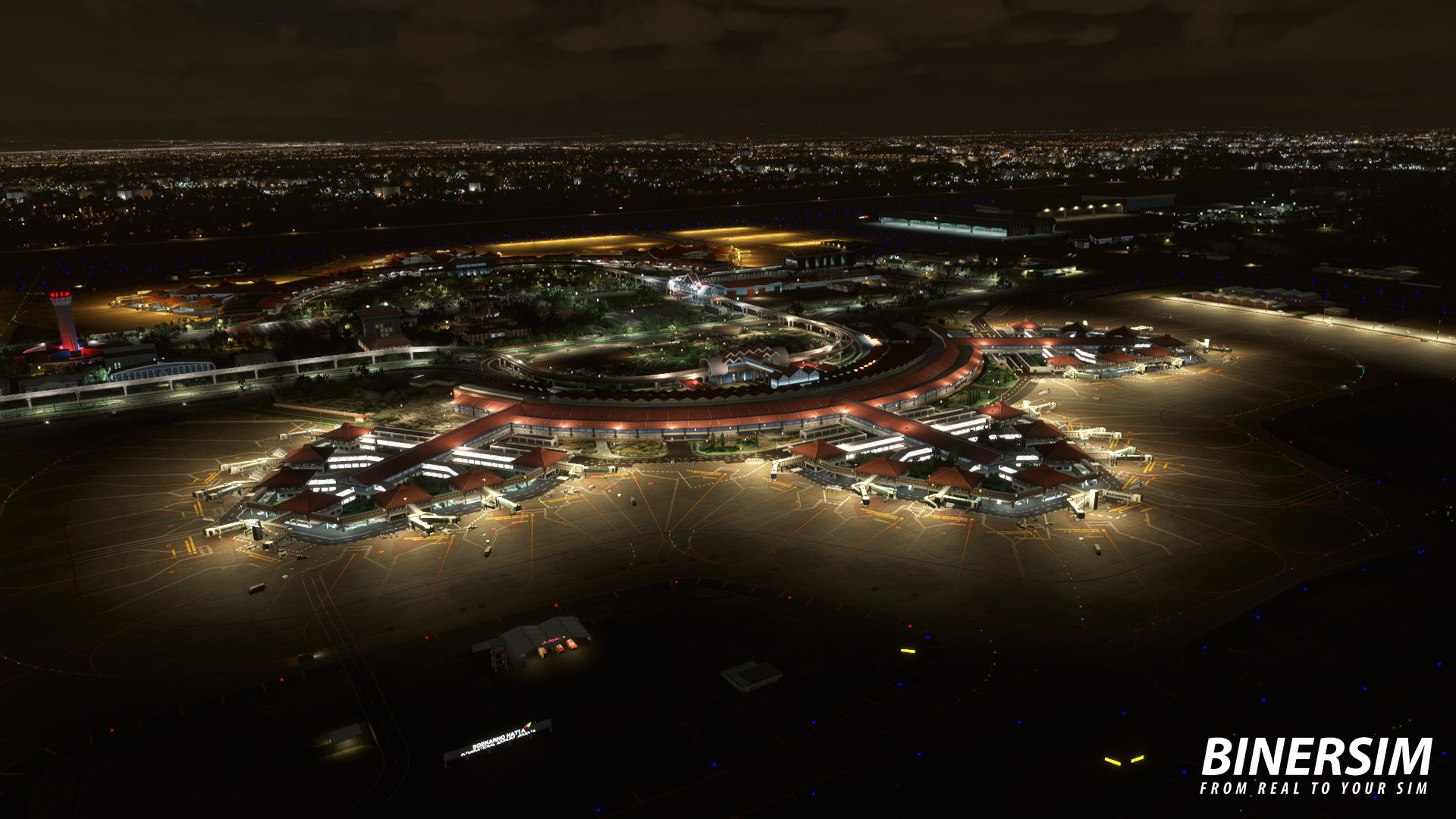 First of all, we get a single new screenshot of Soekarno-Hatta International Airport (WIII) in Jakarta, Indonesia. We learn from developer Binersim that the airport is complete, yet, there is a catch.

The plan is to release it exclusively on the official Microsoft Flight Simulator marketplace, and submissions are currently bottlenecked following the Xbox release of the sim. This means that the developer doesn’t precisely know when it’ll be made available. Unfortunately, it appears that they don’t plan to consider additional storefronts for this major South-East Asian airport.

Apparently, production has been in hiatus, but now we get to see new screenshots.

“The project of the Caracas Airport “SVCS” starts again the development and we want to publish some images to show the state we are in.

There are still several hangars to be added and dozens of planes, helicopters, and authentic vehicles that will give life to this wonderful airport located in a privileged area with a somewhat complicated approach due to the weather in the area.”