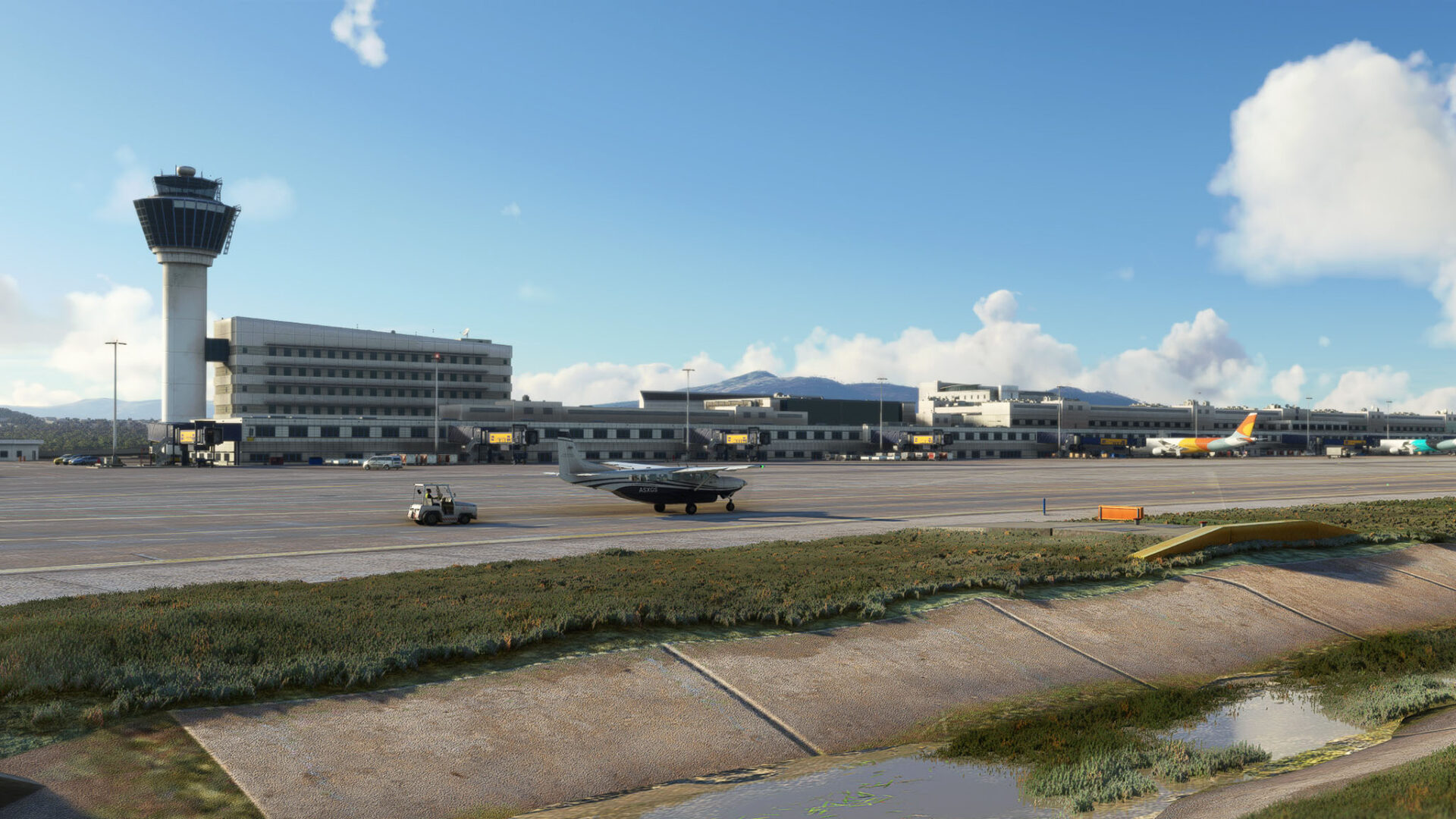 Today third-party developers had a lot of new assets to share about upcoming airport add-ons for Microsoft Flight Simulator.

We start with FlyTampa that showcased a screenshot of Athens International Airport (LGAV).

As the largest international hub in Greece, serving the country’s capital, this is certainly a very relevant upcoming release from a top-rated developer.

Incidentally, the image was used to update the developer’s Facebook cover photo, which usually means the airport is close to release.

Next comes PilotPlus with new images and renders of its Bristol Airport (EGGD) in the UK.

We also get another look at Chicago Midway International Airport (KMDW) in the United States from Drzewiecki Design.

Next, we go down-under with a few screenshots of the previously-announced Christchurch Airport (NZCH) in New Zealand from NZA Simulations.

Last, but not least, we move to Japan with another work-in-progress look at the scenic Nanki–Shirahama Airport (RJBD) in Japan by Gate15Scenery.