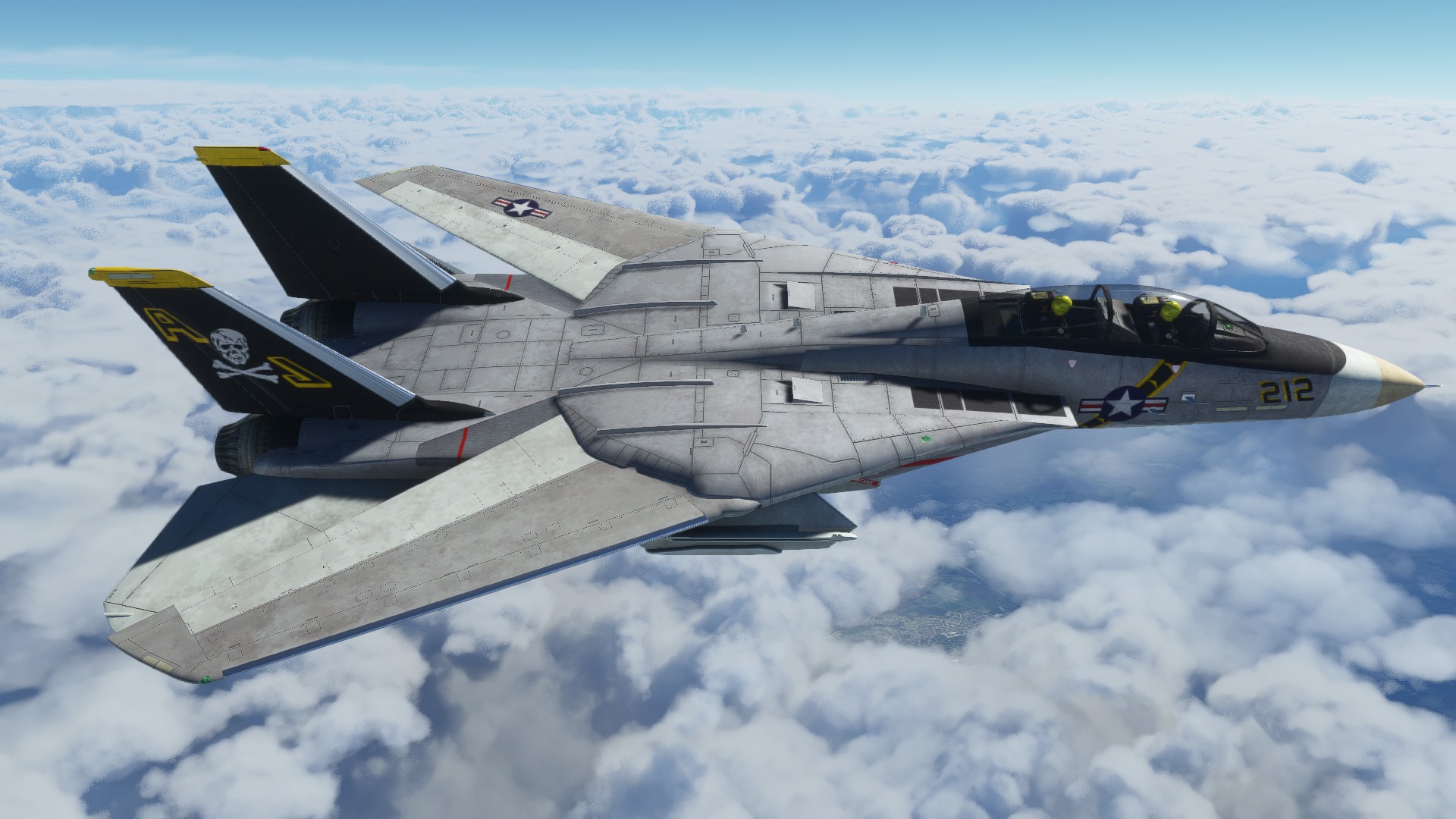 Today third-party developers shared new assets and updates about multiple add-ons for Microsoft Flight Simulator, while more have been released.

Aerosoft provided a look at the aircraft and livery selection of the de Havilland Canada DHC-6 Twin Otter showing some of the many variants. We also learn that next week work will start on testing and the manual.

We also get more screenshots, a video, and a rather sizable development update for the F-14 Tomcat by DC Designs.

The video showcase a spin-test, while we get to hear more about the state of development.

“This week has all been about advancing the F-14A cockpit to completion, while also coding and incorporating all of the warning lights, cockpit illumination, general animations and custom switch animations. There have been some exciting new developments that I think you’ll all like which I can now share with everybody as I start on the road to completing and releasing the F-14s.

The first really cool announcement for this week is that, thanks to the hard work of CodenameJack, the F-14s will be the first fighter aircraft in MSFS to have custom HTML gauges designed to emulate the appearance of the real aircraft. There have been quite a lot of aircraft released that “borrow” the stock screens from airliners, but nothing for fighters specifically. This includes an HTML Heads Up Display. The work is early as we’re really just starting to learn how to do all of this, but clear high-performance displays are now a reality and the Tomcats look all the better for it. Performance saw an increase of around 10 frames per second when the older XML layouts from the F-15s were replaced with the new displays, so it really does make a difference and they look much sharper too.

The second really cool announcement is that Effects are now possible in the simulator. The SDK contains basic instructions to create these effects, and those already included with the sim are being incorporated into the Tomcats ( contrails ) which you can see in the attached images. While I can’t make any promises, it would seem highly likely that a form of effect based on the contrails would make an excellent G-vapor effect above the wings and fuselage, and I will be attempting to do this soon once all the absolutely essential work is done on the exterior model.”

The developer also shared an announcement about all of its aircraft, which you can read directly on Facebook.

Next is Bristol Airport (EGGD) from PilotPlus, which is being created from the ground up for Microsoft Flight Simulator instead of porting it from obsolete sims.

We also take a look at  SimNord‘s rendition of Aalborg Airport (EKYT) in North Jutland, Denmark.

We learn that the airport is finished and is being tested while the developer waits for approval for a release on the marketplace.

Simnord also announced that its next destination will be Aarhus (EKAH) plus points of interest for Bornholm.

We then get a few releases of airports and scenery showcased over the past few days.

Seychelles by Flight Sim Development Group has also been released and you can purchase it at the developer’s own store for €29,75 including applicable VAT.

Speaking of island scenery,  Isle Of Man (EGNS) in the UK from UK2000 Scenery is also now available at the developer’s own store for £14.99.

Last, but not least, JustSim announced and released at the same time its rendition of Josep Tarradellas Barcelona-El Prat Airport (LEBL).

It’s now available on Simmarket for approximately $24 plus applicable VAT. Since this is the first time we see it, you can check out a gallery of screenshots below.