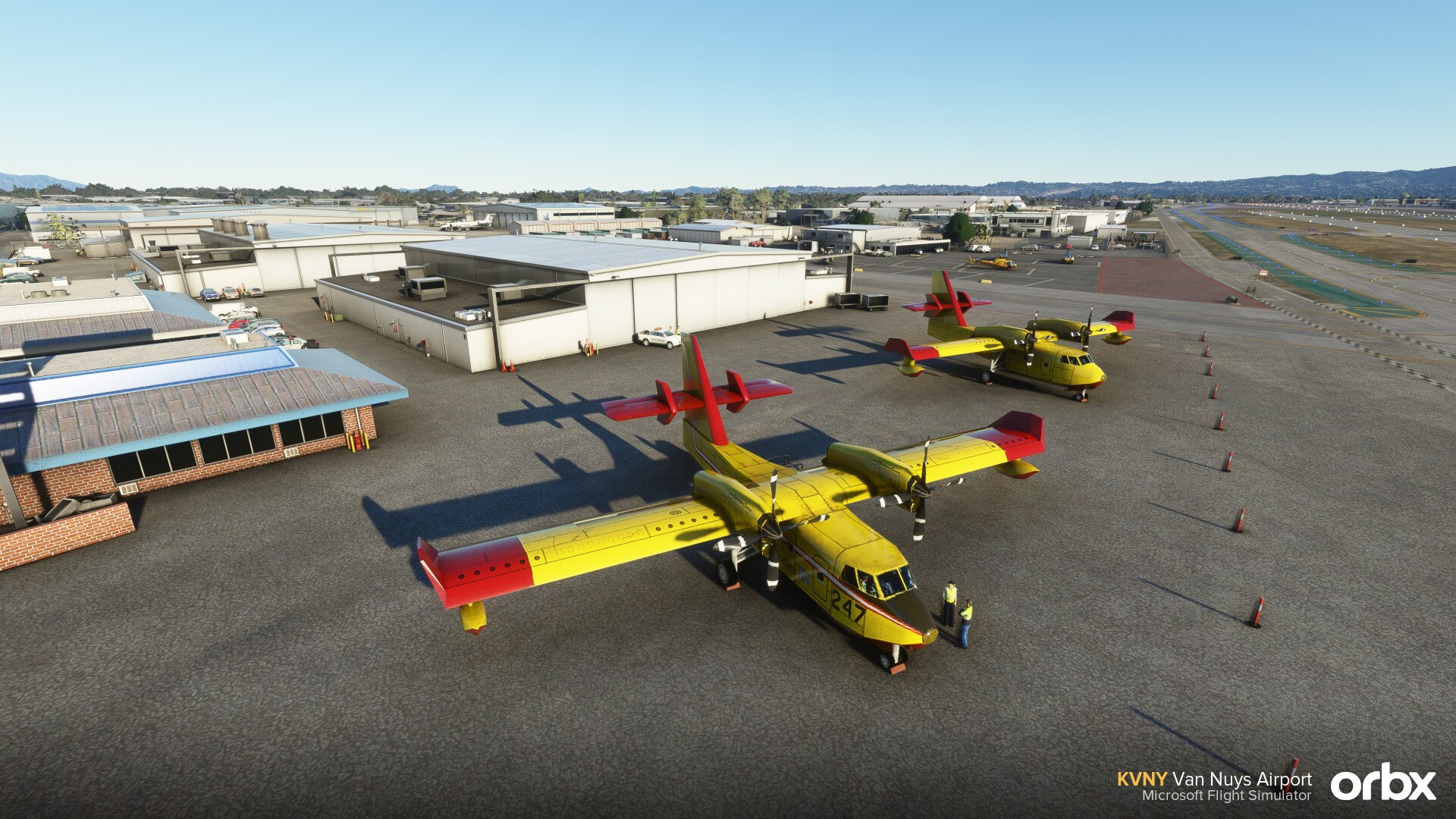 The first is Van Nuys (KVNY) in California, USA, that will be released soon by Orbx (sources 1, 2).

Update: the airport has been released and it’s now available on Orbx Direct for $17.04.

You can check out plenty of new images below.

The second is Isle Of Man (EGNS) in the UK from UK2000 Scenery showcased in a few dusk shots.