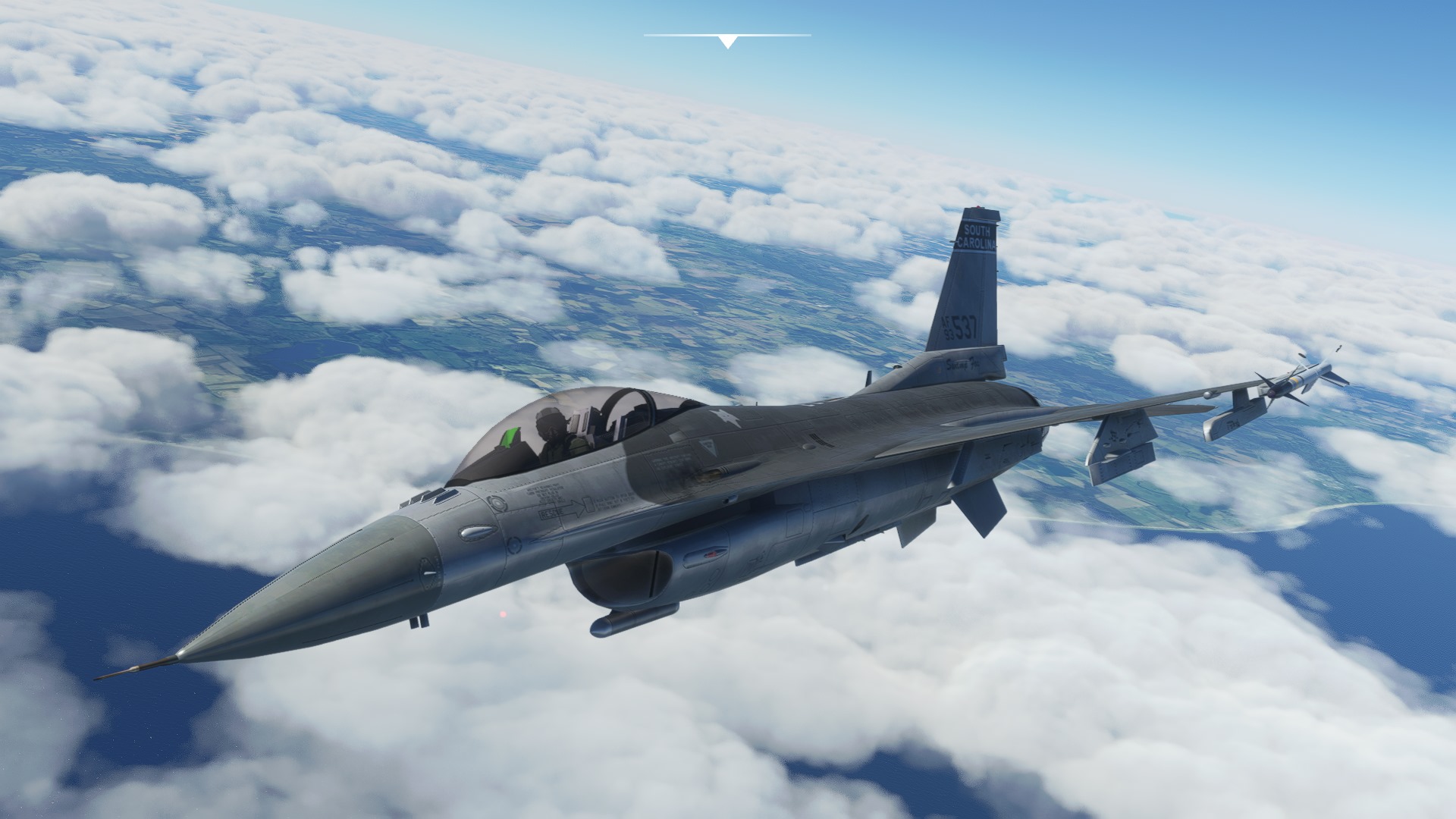 We start in Japan, with the launch of the scenic Amami Airport (RJKA), perfect for those summer flights from Tokyo to the heavenly southern islands.

It’s currently available on SimMarket for approximately $15 plus applicable VAT.

Next comes Bristol Airport (EGGD) by PilotPlus in the UK. It’s available on Orbx Direct and on the developer’s own store for $18.84.

If you want to know more, you can already read our review.

You can grab it at the developer’s own store for $42.99, keeping in mind that it’s an early access release, so development will continue, including the addition of the civilian and military versions.

Below you can check out the latest video and plenty of release screenshots, alongside a list of features.

Moving on to future releases, SC Designs provided new screenshots and a development update for its F-16C Fighting Falcon.

Interestingly, we also get pricing information. The package will cost approximately $34.

Apologies for the delay in posting here, it’s been a hugely busy month.

After a break of two weeks, while the DC Designs F-14 Tomcats were launched, it’s been back to work on the F-16s. This week saw the alteration of the model to reflect the newer GE-F100 engines and exhausts fitted to the later-model F-16C, as well as some coding to create visibility conditions for the various stores, fuel tanks, and ordnance on the exterior model.

The interior model has also been installed and compiled in order to check the PBR and modeling while inside the simulator. Obviously, all images are WIP as are textures and modeling, but it’s a sensible step to get things into the simulator to make sure they’re heading in the right direction.

One thing that is most remarkable about the F-16 Falcon is how incredibly small the cockpit is! In virtual reality, it really feels as though you have very little room at all, although the huge teardrop canopy prevents any sense of claustrophobia – in fact, it’s even a little bit unnerving to have such incredible all-round visibility. The screenshots don’t do it justice really!

I’m happy to announce that Sim Acoustics are doing the sounds for the F-16s, having already created GE-F100 sounds for the DC Designs F-15 Eagles, so the aircraft will sound every bit the part.

Work will now continue apace on the Falcons, as will updates here, with a launch date of November 2021 now being aimed for. The package will contain both the F-16C single-seat and F-16D twin-seat Falcon, and will retail for the same price as the DCD F-14 Tomcats, around $34, with the package including a manual and paint kit, and also the same customization potential as the Tomcats.

Last, but not least, a new gallery of screenshots was released by Fenix Simulations showing the lovely flight deck of its Airbus A320, new liveries, and the CPDLC integration.

If you’d like to learn more about what the CPDLC system of Fenix’s 320 can do, you can check out the official blog post with plenty of details.