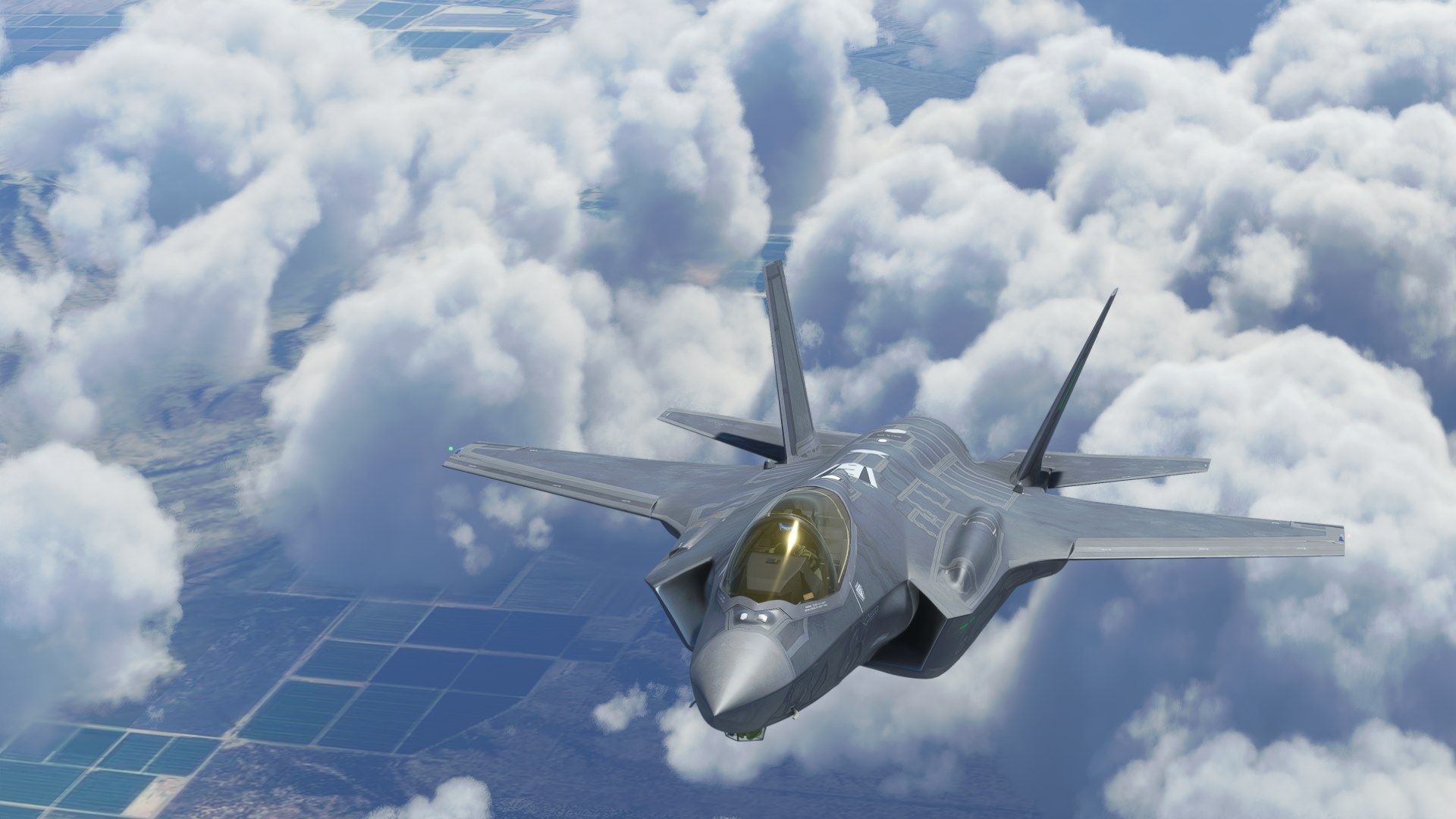 First of all, we hear from IndiaFoxtEcho, which provided an update about the F-35 Lightning II, together with a development update.

Quick update on our F-35 project: the F-35A model is now 99.9% done. There are still minor tweaks to be done here and there, but we think the quality is already acceptable.There are a couple of details we are NOT happy with, namely:

– the afterburner effect: we went for a modeled approach, but we are not happy with the results.

– the canopy glass material: in reality, it is slightly tinted but it is difficult to get it right (and you can’t trust photos that much, as it the picture depends on the lens filters and polarizers)… at the moment it has a gold-ish effect, but is probably overdone and too saturated

– the special effects: we planned to add several “special effects” via the new Visual Effects editor (transonic singularities, condensation “whiskers” etc.) but there seems to be a problem as quite often effects do not look the same in the editor and in-game.

While this F-35 model is largely based on the model we used for P3D, it has been remade/improved in many areas: main texture is now 8K, PBR (Substance) has been employed on all the parts (down to the smallest ones) and the model has many more details – and some parts have been completely remodelled (cockpit, weapon bays, landing gear, lights, engine, etc.)

The F-35B model is amost finished too, we’ll show some pictures in the next few days.

The release is by MK Studios, which launched Fuerteventura Airport (GCFV).

It’s currently available on Orbx Direct for $14.65. Below you can enjoy a few screenshots and a list of features.

As usual, it’s worth mentioning that not all add-on releases are immediately available for the Xbox version of the sim, and some will never be.