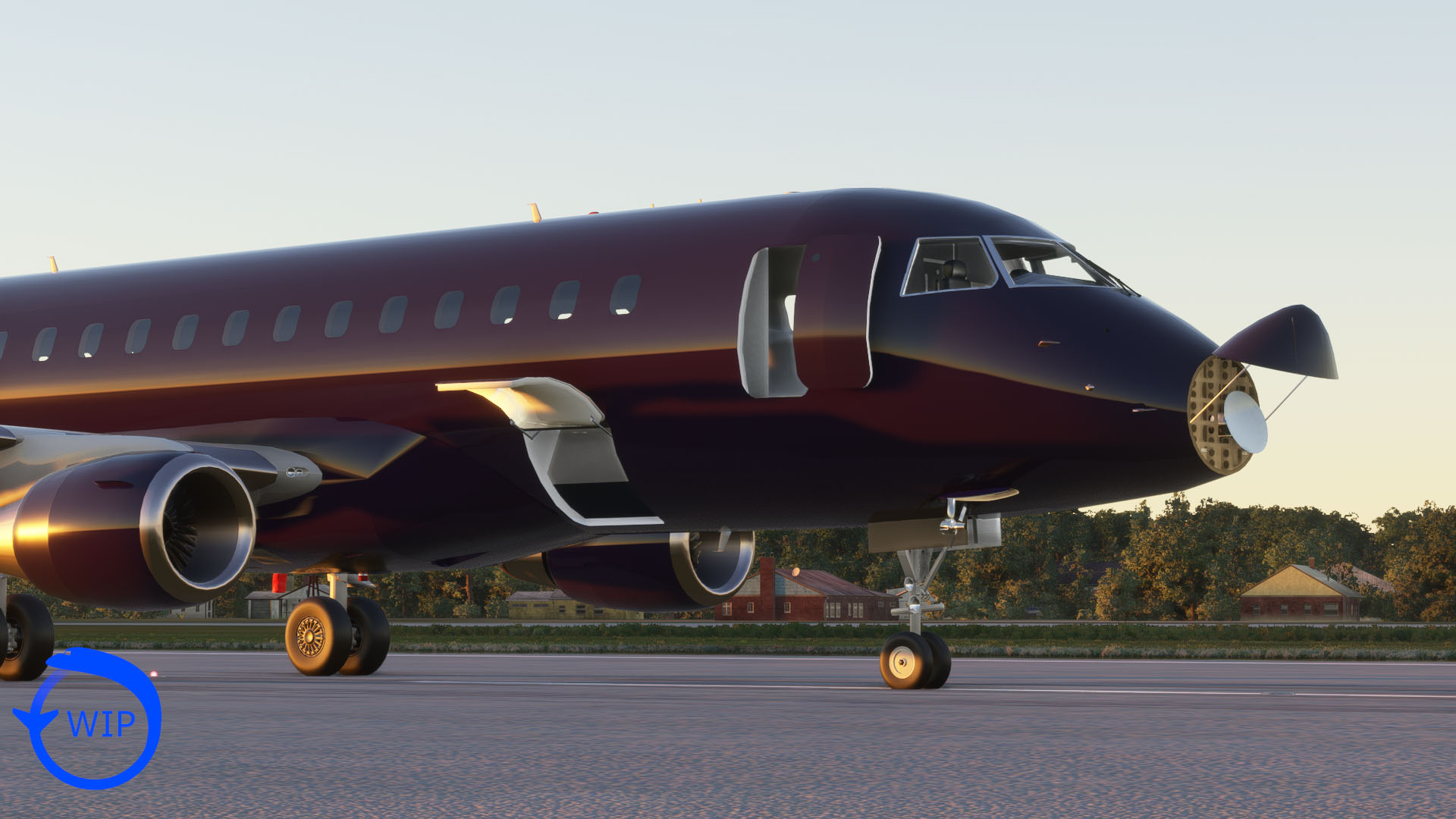 Today third-party developers have provided quite a lot of new assets and reveals about upcoming add-ons for Microsoft Flight Simulator, mostly focusing on aircraft.

First of all, we take a new look at work-in-progress images and renders of the Embraer E170 from Ouroboros Jets, shared on the developer’s official Discord.

The aircraft appears to be making steady progress, and a sweet bonus is that it’ll be completely free, despite the fact that Ouroboros is aiming for study-level simulation depth.

Besides the E170 series, the developer is also planning to deliver the E190 series and the business jet Embraer Lineage 1000.

We also get a progress update:

“Development was pretty good to us this month. We picked up a very large quantity of Embraer pilots in the past month. One of which, is supplying some high quality audio for the jet. More to come later. Everything you see in these next images are a very early WIP, which are subject to change. The revisions are being done now that we understand everything about getting our cockpit and interaction points into the game successfully. The aircraft is rapidly approaching it’s beta state [2.0]. All exterior animations are complete and there are only 2 exterior animations left to be fixed in game. Stay tuned for a possible youtube demonstration. Pictures and changelogs can only convey so much. “

Next the first look at the Garuda Indonesia livery of the Bombardier CRJ 1000, which will come alongside the CRJ 900 as a further add-on to the excellent CRJ 550/700 package.

IndiaFoxtEcho provided a development update and new screenshots of its F-35 Lightning II.

“The biggest news is that we have decided to redo the cockpit from scratch, as we felt that the old version was not up to current graphic standards. We believe it is coming along very nicely – and, even if it causing some delays, we feel it will be worth the wait.

As for the external models, here are the first WIP screenshots of the F-35B. It is based on our P3D model, but with more polygons and details and with remastered textures (the main fuselage will be at 8k). Our intent is to include all the three models (A, B and C).

In terms of avionics, we have made some good steps forward – the code will still be based on the XML for P3D, but it is being completely revised for better efficiency and graphical fidelity.

Last, we have a preliminary CTOL flight model in place – we are quite happy with the handling.

We are still hoping to have a Beta sometime in summer…but as usual, it is done with it is done.”

Iris Simulations announced that it will release the Grob 115E/Tutor T1 light training aircraft for Microsoft Flight Simulator, and it’s scheduled to come in 2021.

Further details and images are likely to come at a later time.

We also get some airport news, with Magsoft announcing Tijuana International Airport (MMTJ) in Mexico.

As the 11th-busiest airport in Latin America and a mixed-used base for the military, this is another interesting addition for the simulator.

The terminal is 60% complete, as you can see in the renders below.

Microsoft Flight Simulator is already available for Windows 10 and Steam and will release on July 27, 2021 for Xbox Series X ad Series S