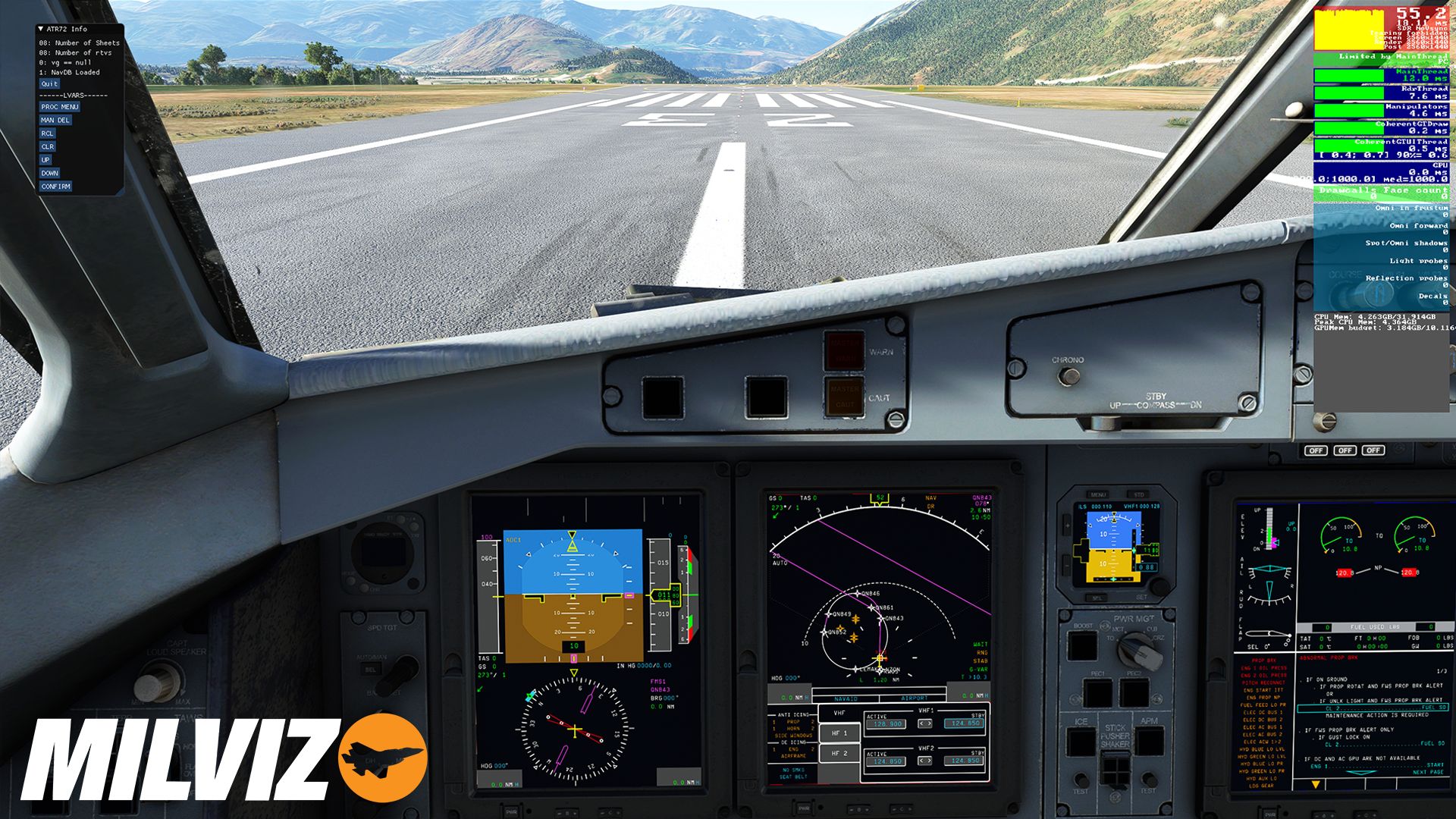 While it’s the weekend, there are no slow news days for Microsoft Flight Simulator, with third-party developers who continue delivering.

First of all, Military Visualizations revealed the first images of its ATR-72-600, already working within Microsoft Flight Simulator.

The turboprop airliner by ATR would certainly be a fantastic addition to the simulator’s lineup of available aircraft, and you can see what the flight deck looks like below (the images were shared on the developer’s brand new Discord server).

Next is a release, with Orbx launching its recently-revealed Split Airport (LDSP) in Croatia.

You can find it on Orbx Direct for $16.61 and watch a brand new trailer and a gallery of screenshots below.

Last, but not least, SimWorks Studios has provided an update about its upcoming Kodiak, which appears to be on final approach.

We also get to see Seronga Airfield (FB71) in Botswana, which will be added for free to the excellent Okavango Delta package.

“It’s been a while since we’ve given an update on the Kodiak, so now is a good time to do it!

For the past few weeks, we have been working very hard behind the scenes to improve our model and fix various inaccuracies and mistakes that we spotted during testing. We are finally at a point that we are happy with the model and expect to have her fully finished next week, so we can show her in earnest!

The flight model is in the final stages of tuning and focus is now on engine performance to close that front out.

The sounds for the aircraft were recorded from a real Kodiak and are 90% complete. Keep an ear out as we will soon be posting previews for it!

Work is also being put in the Zenith which is being tuned even closer to its real-world counterpart. We are now working on the floatplane’s flight model and the ski-equipped variant, which will be released as free updates to the current 701.

We are also working hard on Okavango and trying to expand it to include the full delta. Seronga is nearly finished and will be followed by Shakawe and the remaining 20 small airstrips to cover everything.

Regarding the CTDs some users experience, we are still looking into the issue but are unable to reproduce it at all internally. Some users reported that the problem “fixed itself”, some found that starting in a default airport in the delta allowed them to fly in and land, others lowered their graphics and it worked. As it seems to be related to Sim Update 5, our official position is to wait for World Update 6 which, per the announcement, will address CTDs. In the meantime, we will keep poking at it and if we can do something about it, we will! Below are some shots of the Seronga Police camp, right next to the airstrip.

Lastly, we are quiet because there are a lot of exciting aircraft and scenery projects we are working on. Stay tuned as new projects will be announced soon!”