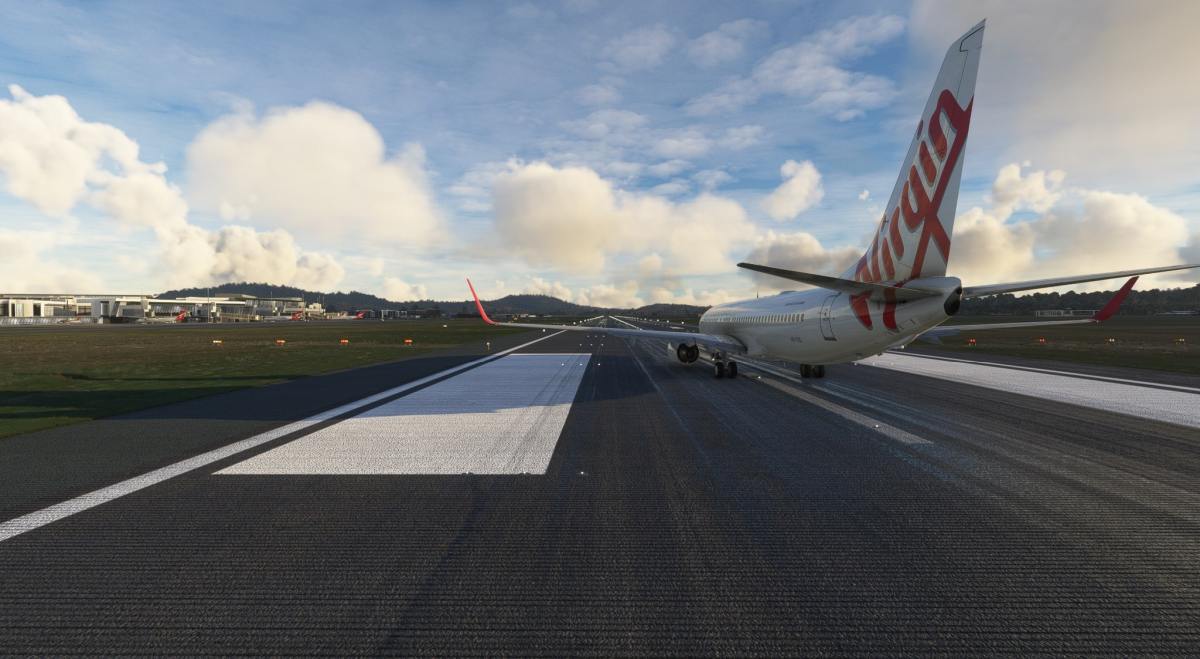 First of all, we take a new look at Impulse Simulations’ upcoming Canberra International Airport (YSCB) serving the much-ignored capital of Australia.

The next set of screenshots comes from Drzewiecki Design, showing Newark Liberty International Airport (KEWR) in the United States. We also get to see the famous Arthur Kill Vertical Lift Bridge.

We then take a look at the first textured screenshots of the flight deck of the vintage military transport Transall C-160 in development at AzurPoly.

We conclude with FS Formosa, which announced Qimei Airport (RCCM), one of the many small island airports of Taiwan served by the omnipresent Twin Otters of Daily Air.