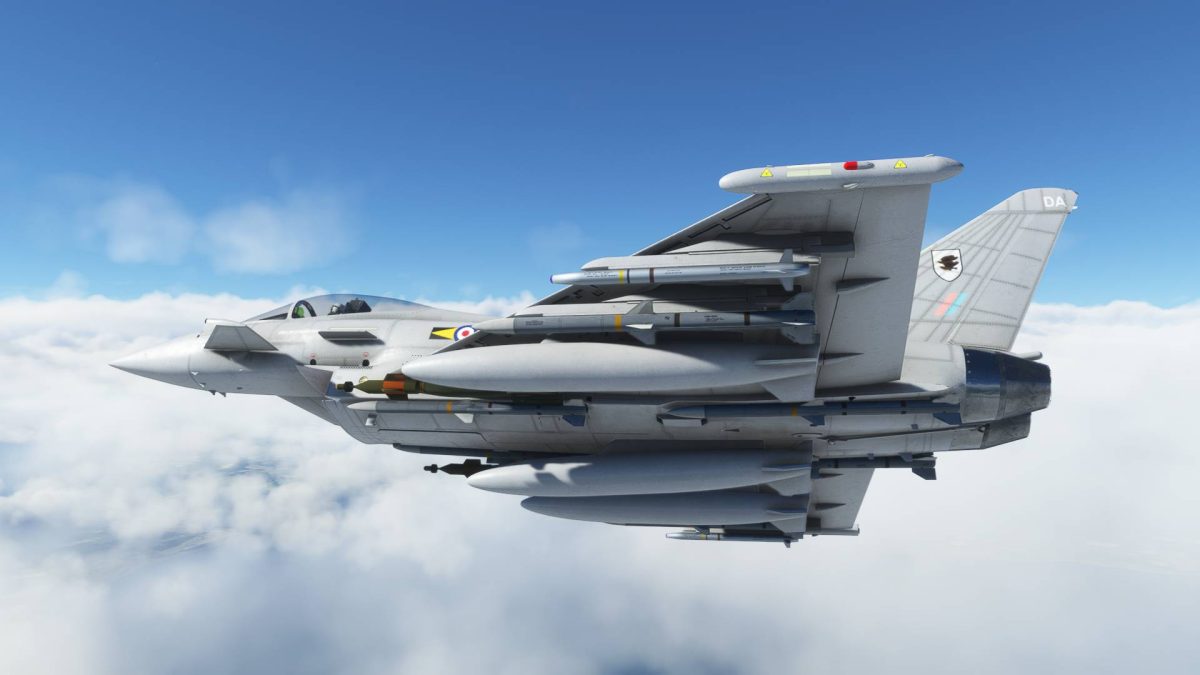 We start with CJ Simulations, which launched its much-anticipated Eurofighter Typhoon.

It’s now available for €29.95 at Just Flight. The version for the official marketplace is also complete and is being tested by Microsoft, so it should come to Xbox soon.

On top of that, we also get some news from CJ Simulations’ partner DC Designs, which has completed the Harrier. The aircraft is also being tested by Microsoft’s team for release on the official marketplace.

Speaking of aircraft, we also get the first renders of the flight deck of the vintage military transport Transall C-160 in development at AzurPoly.

More screenshots come from SimNord, which has completed work on Sindal Airport (EKSN), the northernmost airport in Denmark. This is also coming to the official marketplace for both PC and Xbox.

last, but not least, we get a release from Barelli MSFS Addon, and it’s Trieste Airport (LIPQ) in Italy.