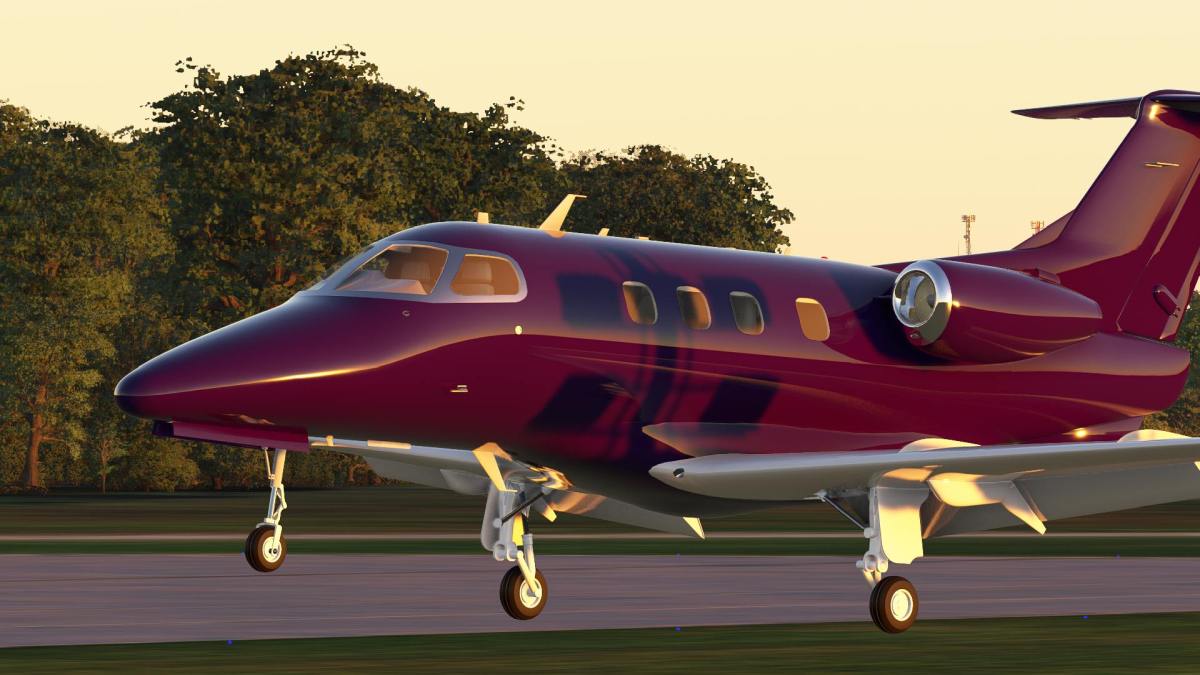 We start with Ouroboros Jeys, which released a development update and new screenshots of its EMB-500 Phenom 100.

“Gooday’ Ouroboros. Today we have an update for you on the Phenom 100. It’s a smaller update today but at the hopes of bringing you content on a more frequent basis. Last time we mentioned that we needed to integrate the Working Title items into the airplane to improve usablility. Now MSFS will integrate these changes natively and this eases the workload on our devs. We will continue to create a custom EICAS for this aircraft. Techno recently got the XML started on the G1000’s and some of the ported Ejet XML allows the airplane to already stand on it’s own in sim. Sorry for the update title pun, but Vitor has done it again and added wonderful decals with backlighting into the sim just like our Ejet. Taco went ahead and added some cargo bays to the front and back of the jet. More functionality for your preflight actions. Both Reecee and Vitor began to texture the first version of the model.”

This aircraft is going to be freeware and open-source. To follow the developer’s progress, you can check out its Discord server.

“We are now working hard to introduce a monument of military transport. Just retired from service in the French Air Force, the C-160 Transall has been the cornerstone for logistical support during more than 50 years.

With its very particular look, fitted with two Rolls-Royce turboprop engines, the C-160 was deployed in a countless number of humanitarien operations and military missions since the seventies.

It navigated through the skies alongside other mythical transporters, like the C-130, before being replaced by the all new and bigger A400M.

We had the chance to visit a C-160R (“rénové”, means “renovated” in French) that we will use as a reference to develop our aircraft on MSFS.”