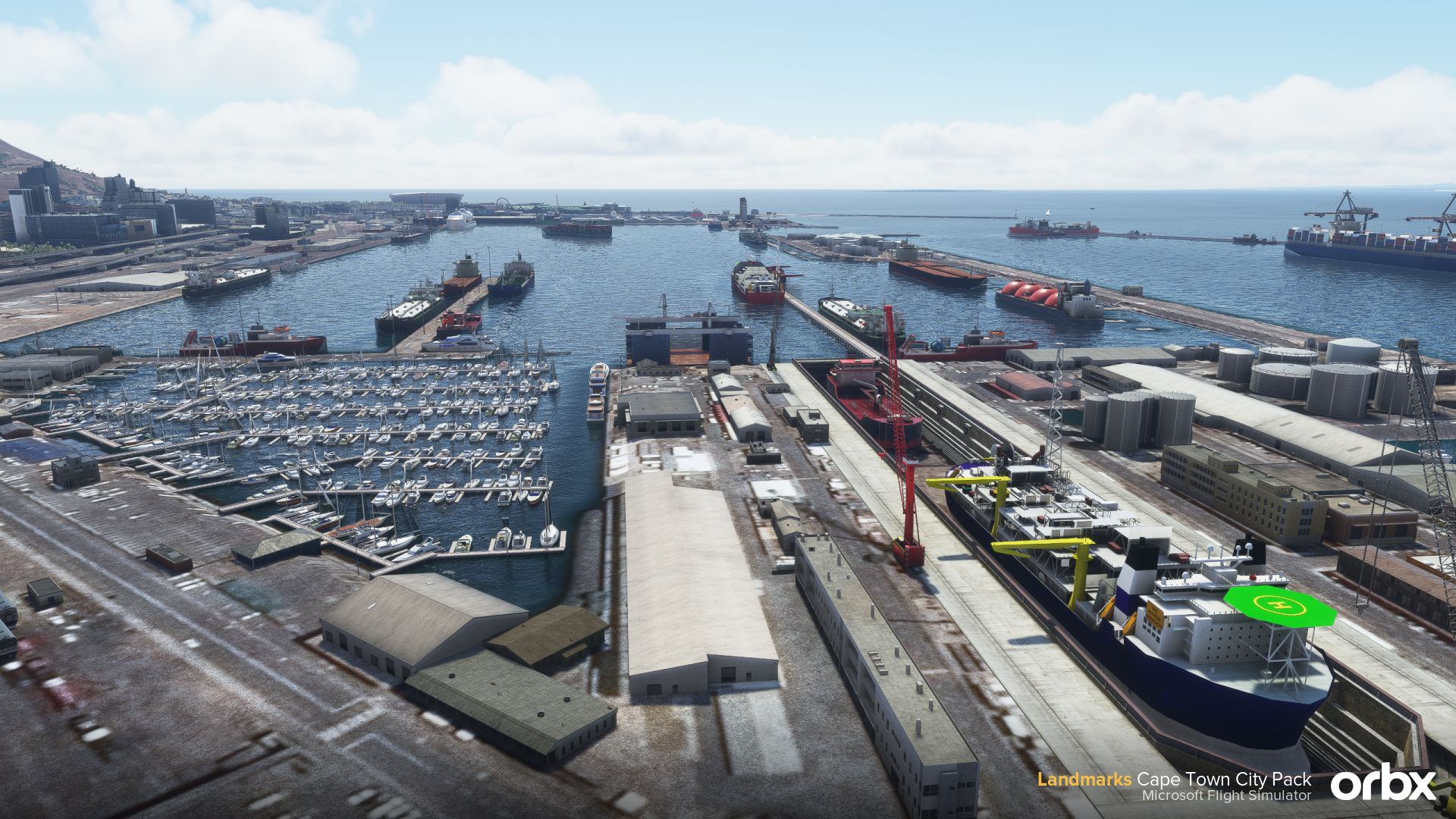 Today third-party developers shared quite a lot of interesting news and assets about upcoming scenery for Microsoft Flight Simulator.

We start with Orbx, which goes to South Africa with one of its City Packs. Cape Town has been revealed today

Below you can catch a features list and a gallery of screenshots. And yes, it’ll come with physical helipads for the helicopter pilots out there.

Next, we stay down under with new images of Nelson Airport (NZNS) in New Zealand provided by NZA Simulations.

The airport is in its beta phase, so it should come soon enough.

Last, but not least, we go back down under, and I mean really down under, more precisely to Antarctica, where a new video shows Rothera Air Facility (EGAR), which was teased a while ago and will be released under Aerosoft’s umbrella.