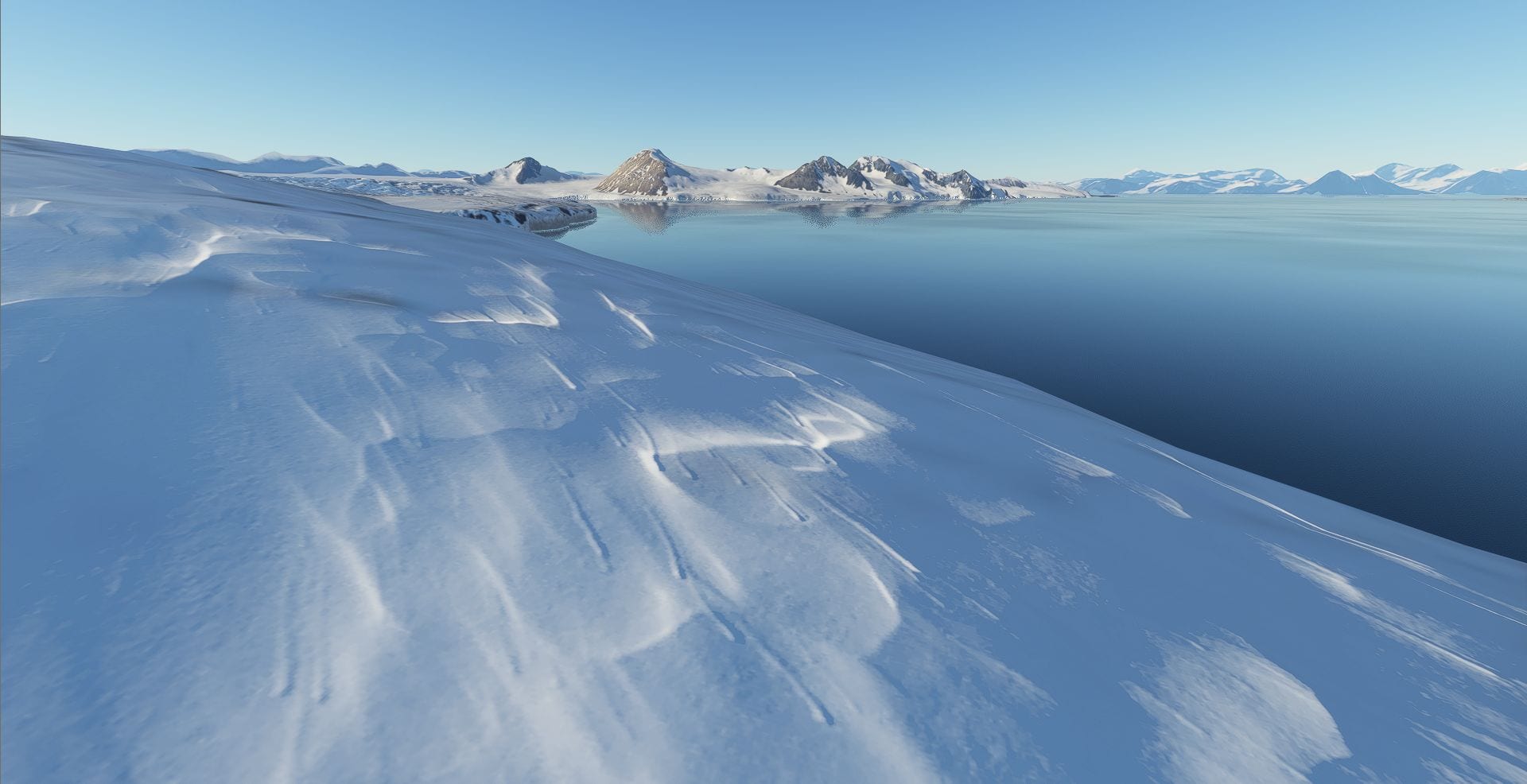 One of the charms of Microsoft Flight Simulator is that it allows you to fly to and visit some really exotic and extreme locations.

Serving the Rothera Research Station, it’s equipped with a 3,000 ft crushed rock runway and a skiway. This should be perfect for Aerosoft’s own upcoming Twin Otter.

At the moment, the only image available is the one shown above, which was used to tease the add-on.

Speaking of more extreme locations, we hear from MK-Studios that they intend to add to their recently-released Keflavík add-on (which was just updated today to version 1.01 adjusting the airport’s data), including improvements to Akureyri Airport (BIAR) and Ísafjörður Airport (BIIS).

Both are considered among of the most dangerous airports in the world, and you can see why below.

For another kind of “extreme”, we get some images from Drzewiecki Design, which apparently wants to add some rather unusual details to its static aircraft.

Below we can see their new 737 MAX that will come with “a higher poly geometry (~4k instead of ~2k), openable pax/cargo doors, a custom paintkit and a 3D cockpit”