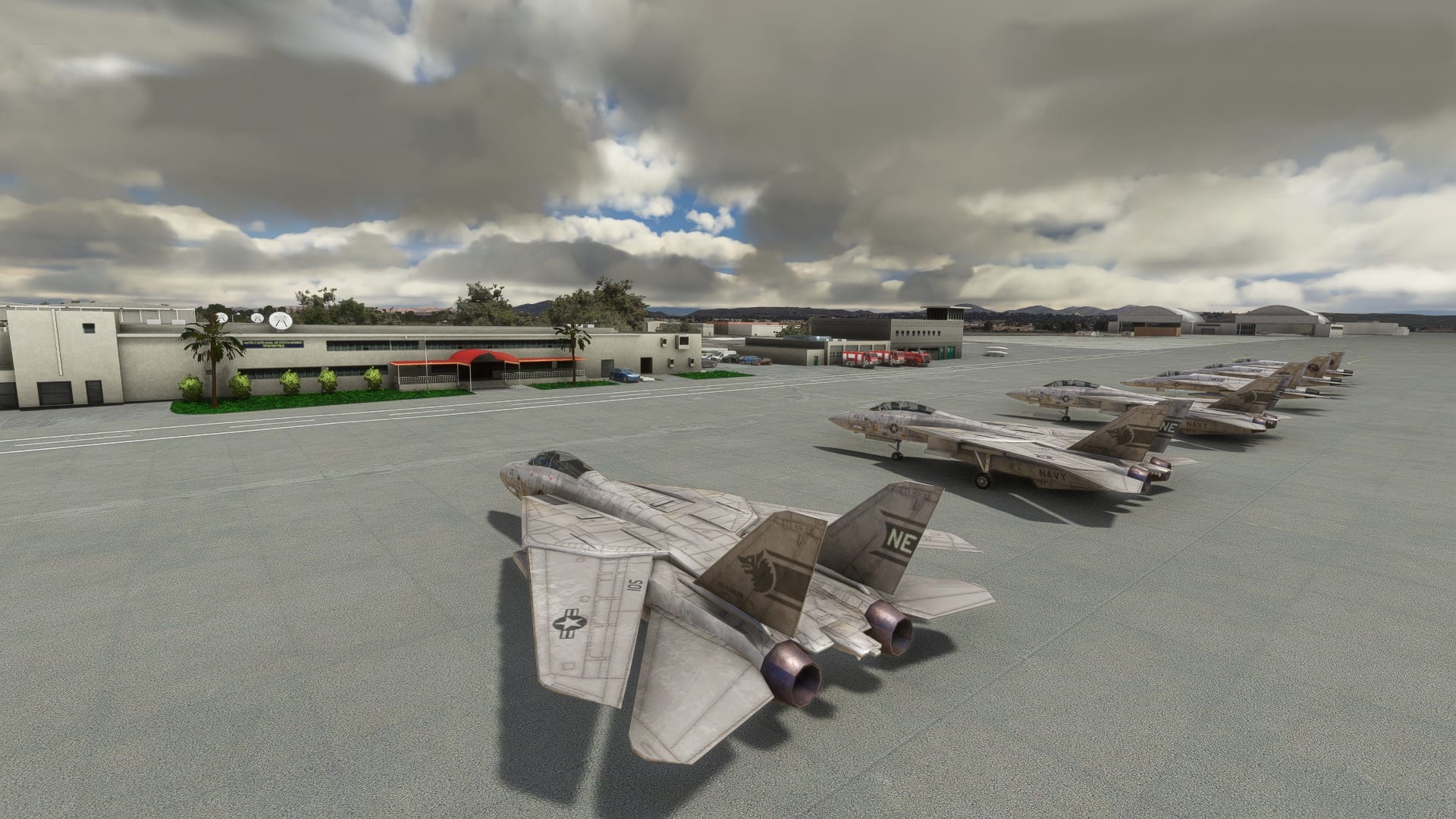 Today Microsoft Flight Simulator add-on developers had a lot of interesting tidbits to share about their upcoming products to enrich the sim.

We start with Sim4Flight that posted a look at the work-in-progress pedestal of its Airbus A350. The project has been announced a long while ago, but the developers have been keeping quiet about it for a while.

The image comes with a “The calm before the storm…” message, which appears to tease upcoming news.

We also get a sizable development update from DC Designs, including the announcement of Marine Corps Air Station Miramar (KNKX) that will pair nicely with the upcoming F-14 Tomcat package.

We also get another look at the classic Boeing-Stearman Model 75.

On the other hand, the F-15 package will soon receive another update which will include a performance upgrade for the Strike Eagle. It should come in a few weeks.

Next in line is Whiskey Jet Simulations providing another work-in-progress screenshot of its Airbus A220.

Apparently, the first systems have been brought to life.

Last, but not least on the aircraft front, Just Flight’s excellent PA-28R Arrow III just got another major update. You can read the patch notes here and see a few screenshots of the new interactive checklists below.

Moving on to airports, Aerosoft teased a new one, without actually mentioning what it is. You can see the picture below and try to guess. Apparently, being the first to guess right on the developer’s forums will net you a free copy. It certainly looks cold.

The developer also released a trailer of Bali’s I Gusti Ngurah Rai International Airport (WADD), which was released this morning.

Next is AuScene, that announced that its Aldinga Airfield (YADG) will actually be free and will release on April 2.

You can’t go wrong with free, especially is the airport looks as good as it looks in the trailer below.

Last, but not least, is MT Scenery Design, which posted three screenshots of its Coventry Airport (EGBE) scenery.