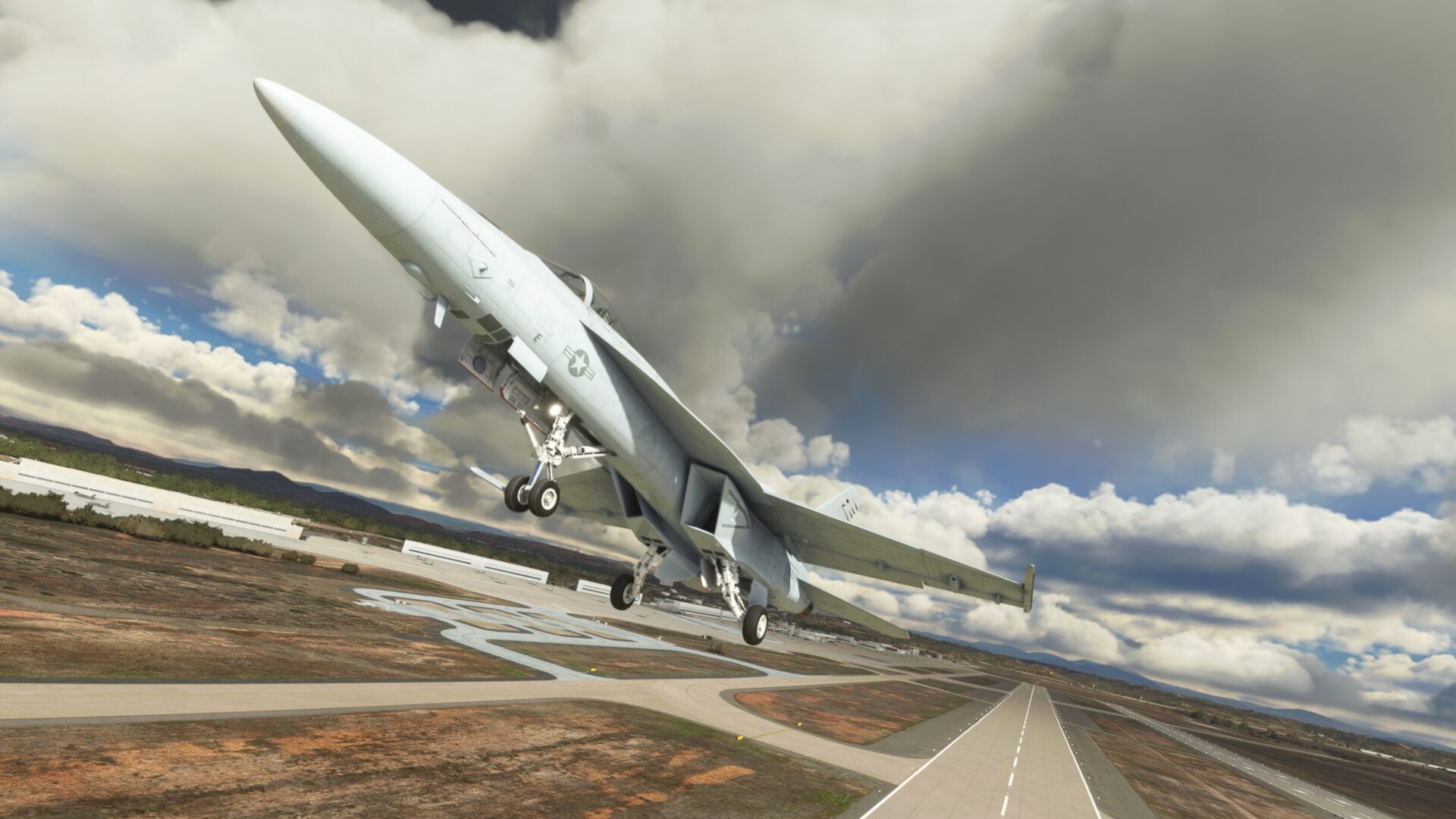 The Microsoft Flight Simulator Game of the Year Edition that will release in a couple of days includes a brand new military jet at no additional cost.

If you want to read more about the F/A-18 Super Hornet, you can find more details in our review of the GOTY Edition and Reno Air Races expansion (alongside an extensive interview with Head of Microsoft Flight Simulator Jorg Neumann), but here you can see it fly.

It comes with relevant innovations under the hood that previously were not supported, like afterburners and collimated HUD (which will also work in the Boeing 787 after the update). While this is far from a “study level” aircraft, third-party developers will be able to use its features to improve their own add-ons, which makes the Hornet an important milestone for the sim.

You can check a flight below, with a bonus look at the scenery for Marine Corps Air Station Miramar (KNKX), which is also included in the GOTY update at no additional cost. And yes, I did buzz the tower. Someone will have to get their uniform dry cleaned.

Update: we added a second video, and this one is (almost) all about having fun with sonic booms.

The Game of the Year Edition launches at no additional cost for all existing and future users of Microsoft Flight Simulator on bot PC and Xbox on November 18.