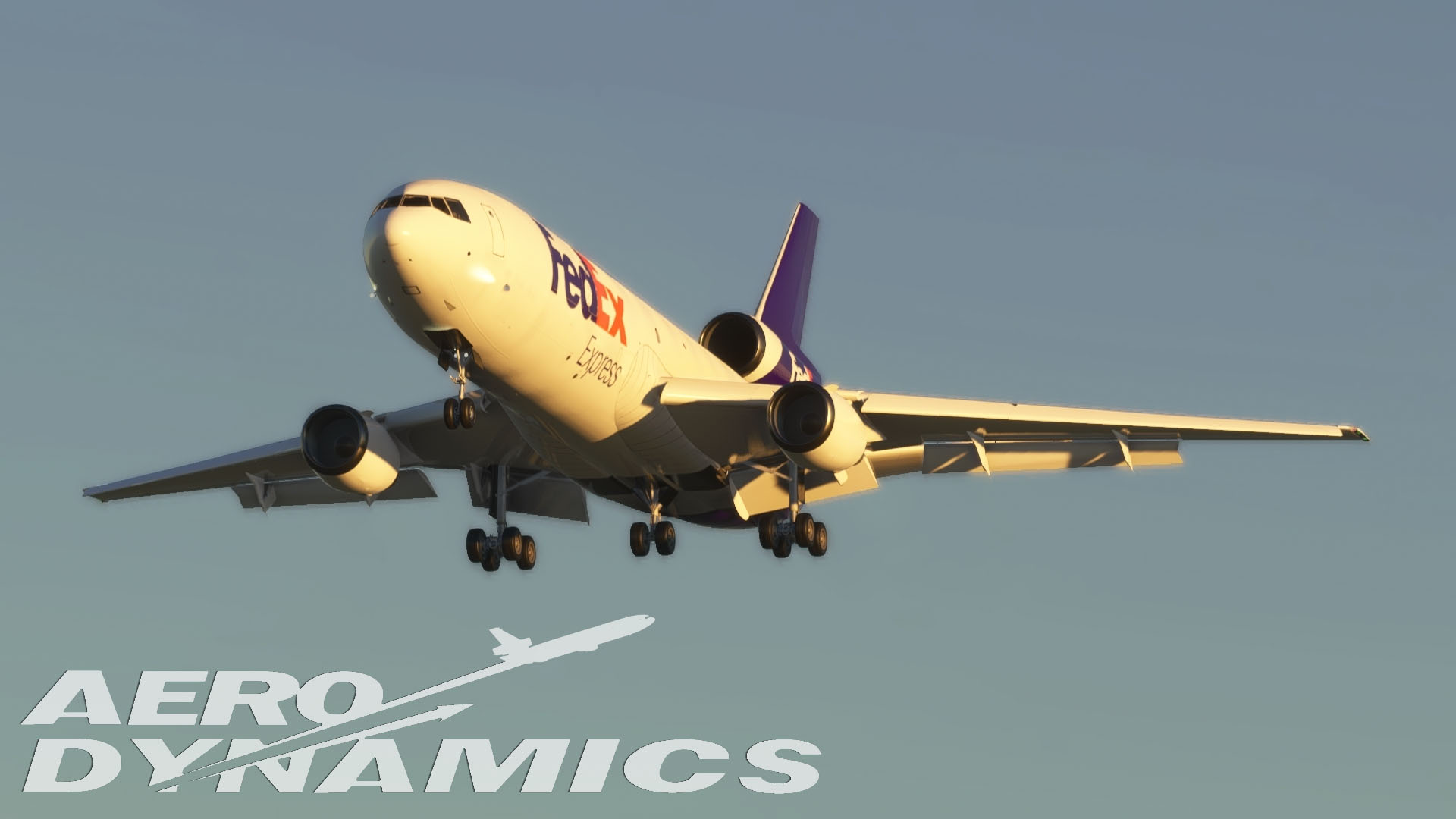 Today third-party developers had quite a lot of assets to share about upcoming add-ons for Microsoft Flight Simulator.

We hear from Aero Dynamics, which is currently working o the McDonnell Douglas KC-10 Extender and its civilian brother, DC-10, which might actually be released first.

Model: Over the past couple months, the model has had extensive work done to it. We are consistently finding ways to improve the base model, whether it’s tri count, adding detail, or exchanging detail from geometry based, to texture based. The interior model has undergone many changes as well. Many switches, gauges, dials, and much more have all gotten a facelift with much more planned to get a re-work and upgrade. For the exterior, adjustments are having to be made, for the different variants. With our plans on releasing four different exterior models, keeping a baseline model is really important to us.

Textures: As formally stated, textures are consistently getting remapped, and reworked. With new techniques, every texture is being consistently adjusted to increase detail, fix small errors, and just be generally improved. For this aircraft, we are aiming to give an extremely modern authentic look to the aircraft. This means it will roll out with years of use already on it. We believe this enhances the feel and really makes it seem like you are flying an aging aircraft. Not to fear, we are not going to make it look as old as most of the KC-10 aircraft flying today.

Sounds: For sounds, we plan on getting the most accurate CF6-50C2 sounds we can get. This process will include multiple recording sessions with the aircraft with various power settings. As for the interior, we plan on recording every major switch, button, lever, toggle, warning, and more in order to get precise sounds. We are still experimenting with different aspects of this process but look forward to an authentic experience with flying the aircraft.

Gauges: Cockpit gauges have gotten a complete rework. Using real world imagery, the team has revamped how the gauges look, and operate. Having the real gauge wear and tear also increased the immersive feel while operating the big 10.

Learning Tools: Publications and learning tools have made great headway since last drop. Currently with the flight manual (-1), we’re still on section I Systems Description, which is by far the largest section of the document. Work has been done adding content sections as well as a comprehensive bookmark system and hyperlinks throughout for easy navigation of a projected ~1000 page document. Unlike other development projects, we’re developing a true-to-aircraft normal ops checklist (QRC), eliminating the need to wait and find third party checklists. Currently, the QRC is partly finished, but there’s still plenty of work that needs done. We’re currently in the planning phases for the same set of manuals and products for the DC-10. Other than the military specifics, the DC-10 flight manual had a company specific approach for formatting, which we intend on replicating to ensure the KC-10/DC-10 are the best aircraft on the market. Planning has began for a series of “how-to” videos, teaching how to correctly operate the aircraft. In the future, AeroDynamics will have a Youtube channel as a hub for all of the training videos.

DC-10: With the exterior of the KC-10 being completed (parts sharing similarities with the DC-10), work on the freighter DC-10-30F has begun. From the KC-10, changes were needed such as additional PAX, removal of all refueling capability, and removal of AR lighting. The DC-10 will have a reworked UV for more detail and preparation for Paint-Kit capabilities. Currently, we plan on having seven different liveries for the freighter with FedEx (One of two liveries still flying today) as the flagship. With current game limitations, it is probable the DC-10-30F may be the first release. For the interior of the DC-10, we plan on having multiple cockpits. The first will be the legacy cockpit with steam gauges, but if the user desires, they will be able to use the more modern KC-10A cockpit featuring multiple digital multi-functional displays.

We already know that aircraft will be freeware, and you can follow their development at the dedicated Discord Server.

Next comes Dev Digital showcased new work-in-progress renders and screenshots of its Boeing 757-300, which is also going to be freeware.

You can follow the aircraft’s progress on the developer’s own Discord Server.

We then move on to the upcoming Pilatus Porter PC-6 by FlightSimGames, which received an extensive video showing a RNAV approach and new screenshots of the interior.

Last, but not least, we take a look at a few screenshots of Václav Havel Airport Prague (LKPR) in the Czech Republic from Tailstrike Designs, showing the general aviation terminal and the Czech Airlines hotel.