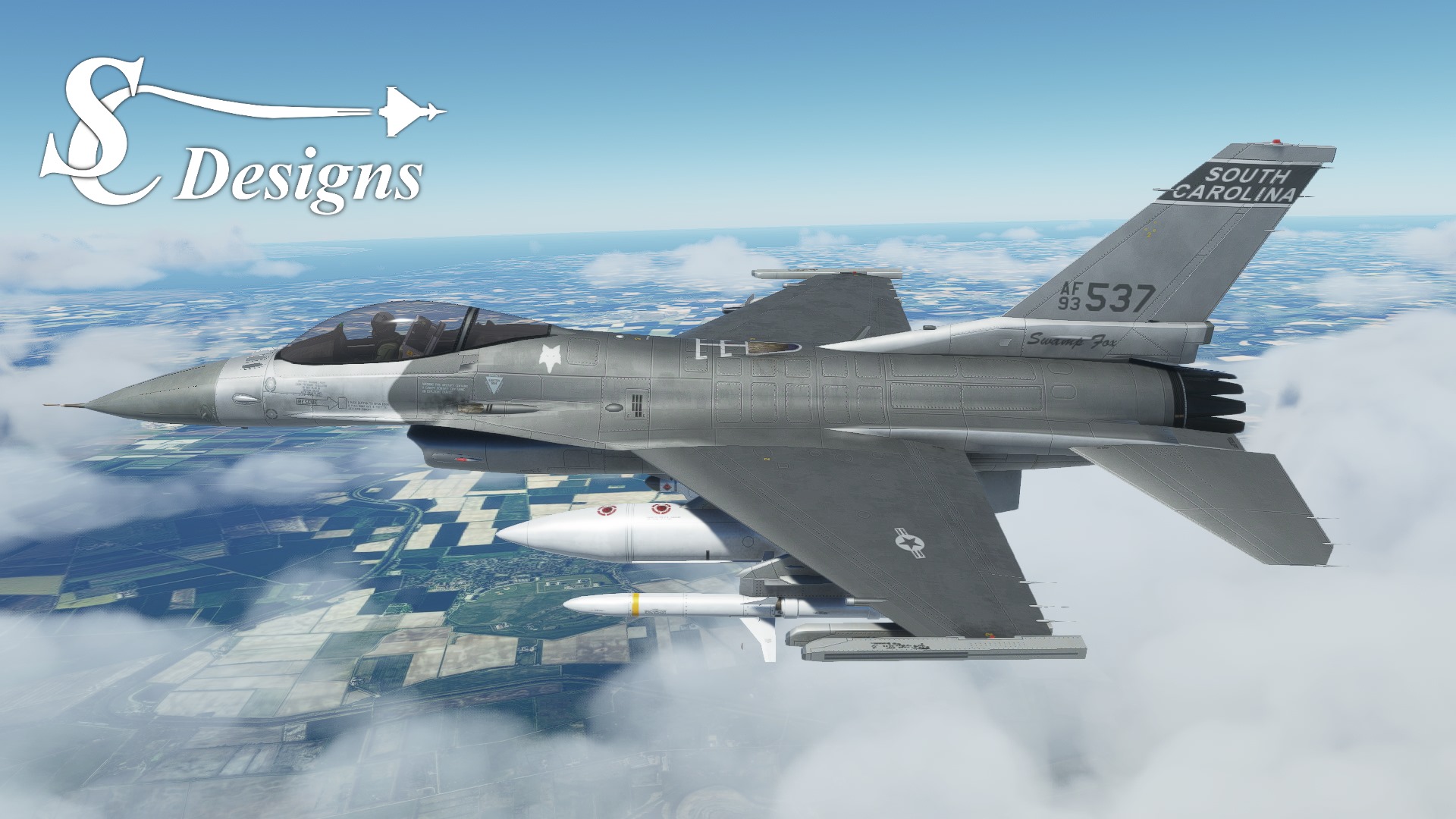 Today third-party developers had quite a lot of news to share about upcoming aircraft for Microsoft Flight Simulator.

First of all, we get a new announcement, SC Designs is currently working on a brand new F-16C Fighting Falcon (or Viper, if you prefer the nickname).

It’s being development in collaboration with DC Designs (the similar names aren’t random. The main developers behind the two brands are brothers) and will have a similar setup in terms of accuracy and quality.

“A level of systems detail that is manageable for all, high-quality texturing and modeling, PBR throughout and as many of the available MSFS systems as can be reasonably created with the SDK at this time.”

You can check out a few work-in-progress screenshots below.

Speaking of DC Designs, its PT-17 Stearman will be released tomorrow on Just Flight’s store. Below you can check out a features list and a batch of screenshots.

Speaking of Just Flight, its Hawk T1 &T1A miltary jet trainer got its own screenshots today, alongside a development update.

“Coding work continues on the more intricate and detailed areas of the Hawk but visually it’s pretty much complete now. Here are some latest shots that show the remaining upgraded 8K liveries along with shots showing cockpit animation/coding progress. Enjoy the pics.”

Last, but not least, the Sukhoi Su-31 by IndiaFoxtEcho also got new images and its own dev update.

“Quick update on the SU-31 project: 3D modeling is complete and ready for debugging, preliminary flight model is in place but needs a second pass, avionics are 90% good for testing and the biggest oustanding item is the sound package which is still far from being complete.However, Beta version should not be too far (a couple of weeks maybe) – as usual we will provide application instructions for the Beta when it is ready. And, as usual, we are interested in diverse feedback – but we will try to “differentiate” the SU-31 from the stock Extra 330, so qualified feedback will be most important.”