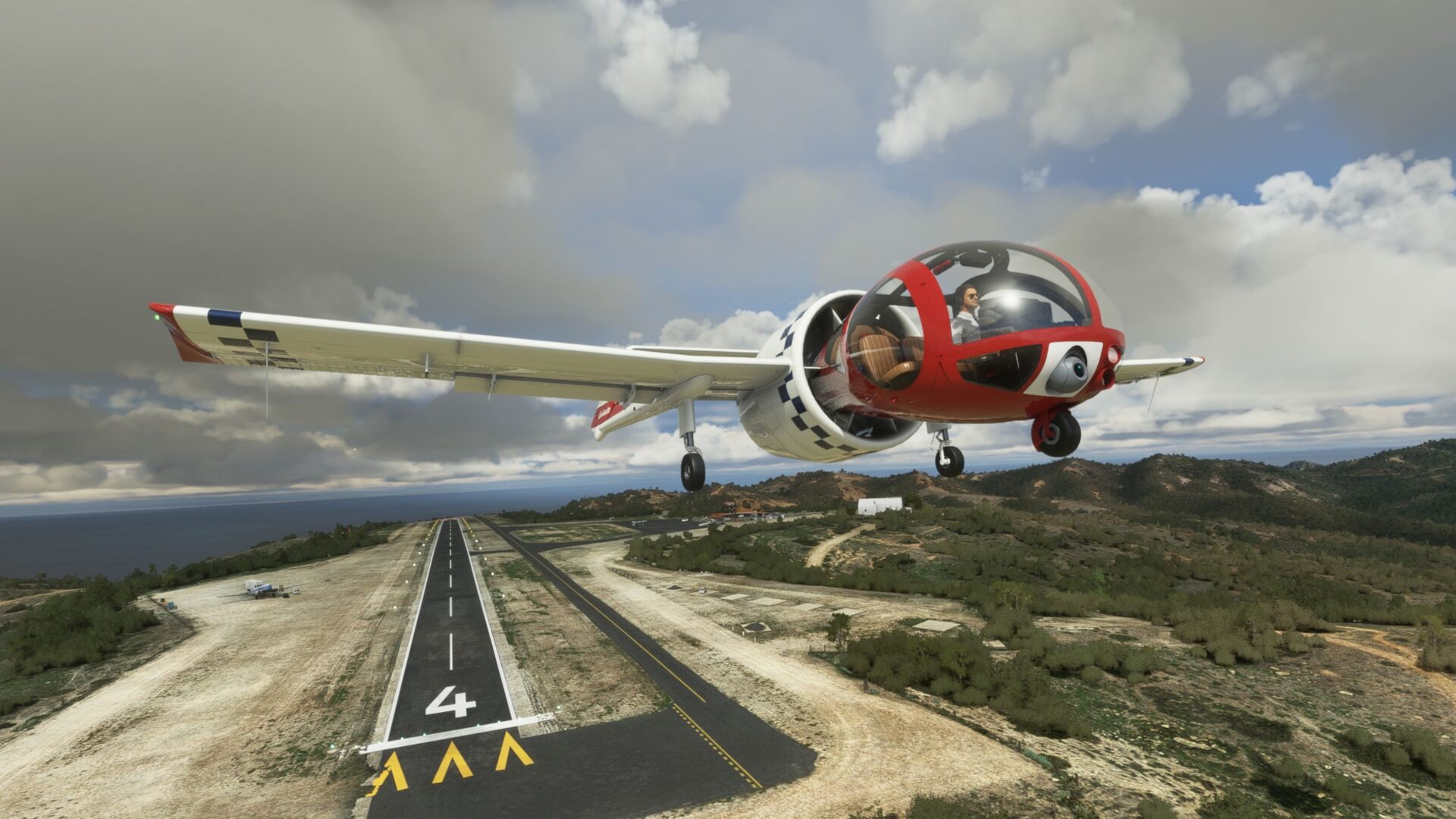 Today Orbx released a brand new aircraft for Microsoft Flight Simulator, and it’s a rather peculiar one, the observation plane Edgley EA-7 Optica.

The aircraft is currently available on Orbx Direct for $15.47.

You can read an official description and take a look at plenty of screenshots below. Do keep in mind that you can actually win it (or any other add-on in Orbx’s lineup) if you get lucky in our ongoing giveaway.

With a similar cockpit to that of helicopters; the Optica offers a 270 degree panoramic view and almost vertical downward view. With a loiter speed of 81mph, around 40% power, the Optica’s fuel tanks can allow for flying up to nearly 8 hours and has a range of over 650 miles.

Orbx have faithfully recreated the aircraft with a high level of model and texture detail, engine and cockpit sounds, fully interactive and clickable cockpit, comprehensive checklists and realistic flight model including the Optica’s ballast system.

With the panoramic views the Optica affords, she is the perfect aircraft for exploring Orbx Landmark City packs, airports and regions, especially in VR.

The pack comes with several paint schemes representative of aircraft still located around the world, including a unique observation skin with front nose camera model.

The sense of freedom with the cockpit views is second to none and an aircraft you should have in your hangar for exploring the world in Microsoft Flight Simulator.”