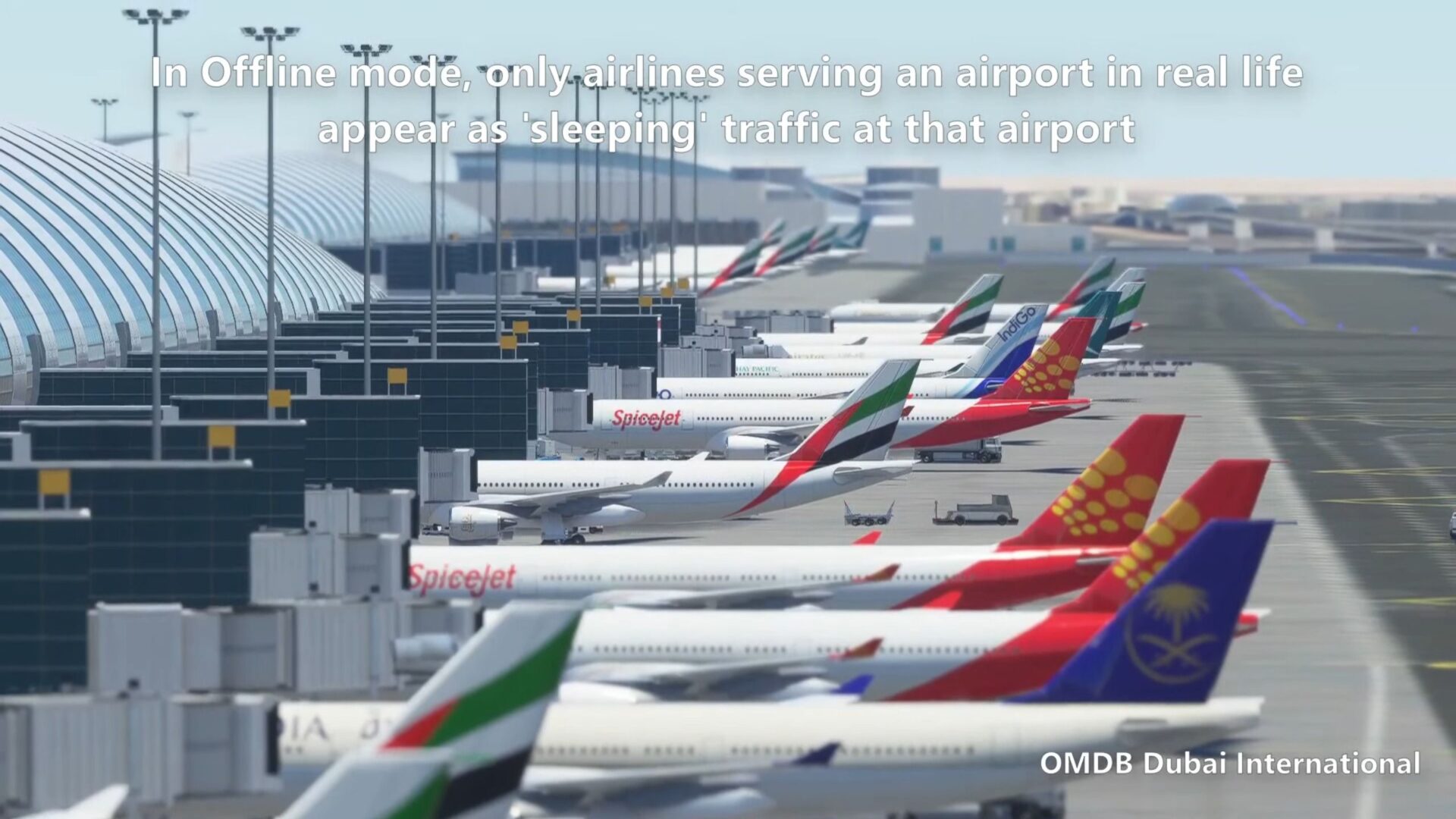 Today third-party developers had some juicy news to share about upcoming add-ons for Microsoft Flight Simulator.

First of all, we get a tease from acclaimed developer FlyTampa, which released two interesting images.

The first portrays Amsterdam Airport Schiphol (EHAM) in the Netherlands, while the second teases Corfu International Airport (LGKR) in Greece.

The first is a major hub that could definitely use a fresh coat of paint in Microsoft Flight Simulator. The second is one of the most scenic and interesting airports in the Mediterranean.

Next comes Aerosoft with something rather special. Simple Traffic adds a large number of real-world liveries to Microsoft Flight Simulator’s generic AI airliners, which is an interesting stopgap solution while we wait for more advanced traffic add-ons.

It also comes with pre-Covid schedules if you prefer an offline solution to the current live traffic.

Next is another look from Gaffer Simulations at the upcoming O.R. Tambo International Airport (FAOR) in South Africa.

You can find it on SimMarket for $21 plus applicable VAT. You can also check out a bunch of screenshots and a features list below.